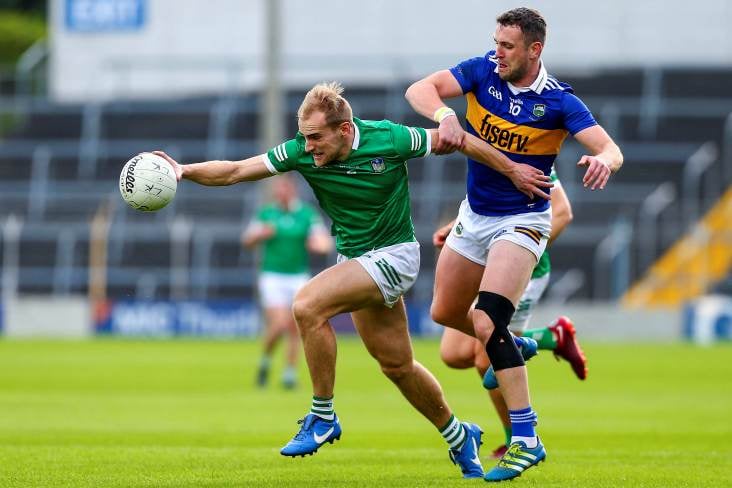 Josh Ryan and Brian Donovan supplied the goals as Limerick defeated Tipperary by 2-10 to 0-10 in Thurles to move into the Munster SFC final against Kerry.

Billy Lee’s side delivered the second-half goods to ensure progression into their county’s first provincial senior football championship final since 2010.

Ryan’s goal hit the net for them after 12 minutes but Tipp recovered with points from Jack Kennedy (45), Sean O’Connell and Mark Russell to draw level and teams would go in all square at the interval (0-6 to 1-3).

Ryan (free) and Adrian Enright sailed over the first two points of the second-half for the Treaty men prior to Tipp levelling via more scores from O’Connell and Kennedy.

Robbie Bourke came off the bench to steer Limerick back in front and once Donovan got through for their second goal on 55 minutes they’d never look back.

Next up for the Shannonsiders is a date with Kerry in two weeks’ time, when they’ll be looking to upset massive odds and land what would be their second ever Munster SFC crown and deny the Kingdom their 83rd in the process.