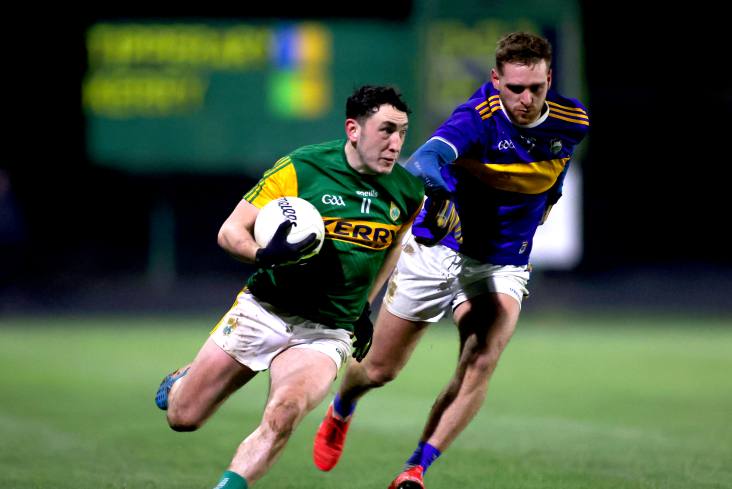 Kerry will play Cork in the McGrath Cup final next Saturday week after blowing Tipperary away with a 1-23 to 0-5 victory in Templetuohy last night.

Sean O’Shea and Killian Spillane combined for a dozen points for the Kingdom while Paudie Clifford netted the game’s only goal just after the second-half water break.

Jack O’Connor’s men built up a commanding 0-12 to 0-2 lead at the half as Tipp failed to register a score until the 21st minute through goalkeeper Michael O’Reilly’s free.

The Munster champions were able to introduce Tony Brosnan and Jack Savage to the fray in the second-half, with both players having lined-out in MTU Kerry’s Sigerson Cup victory over UCD earlier in the day.