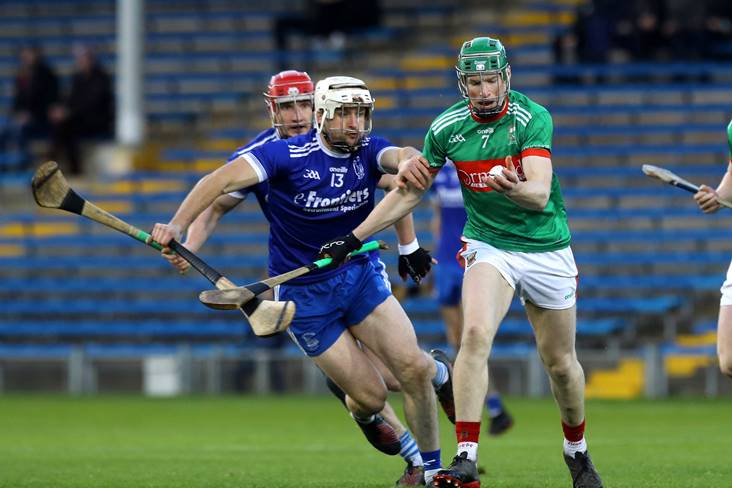 The small rural outfit emulated their historic success of 2013 when they became the first club in the history of Tipperary GAA to win county senior championship titles across both codes in the same year with a narrow 2-14 to 2-13 victory over near neighbours Thurles Sarsfields in a pulsating SHC final replay.

John McGrath's injury-time free was the difference in the end as Loughmore progress to a Munster club SHC meeting with Ballygunner on the weekend after next.

Such an outcome appeared unlikely at half-time after a misfiring Loughmore registered a total of twelve wides during the first period as the sound accuracy of Denis Maher helped a more fluent Thurles Sarsfields towards a 0-6 to 0-9 interval lead.

But the men in green and red threw down the gauntlet to Thurles in a blistering opening 10 minutes of the second-half - Brian McGrath's goal had them three in front (1-9 to 0-9) before Maher replied with one at the other end to regain the lead for the Blues.

In a tight and tense finale, Loughmore pulled four points ahead when Liam McGrath netted their second goal on 50 minutes only for Darragh Stakelum to responded in kind then Thurles levelled momentarily

And it was John McGrath, who once again had the last say for Loughmore, who survived a real scramble in their defence in the dying moments.