Congress: Sin-bin rule to be trialled in hurling, penalties for cynical fouls in football also 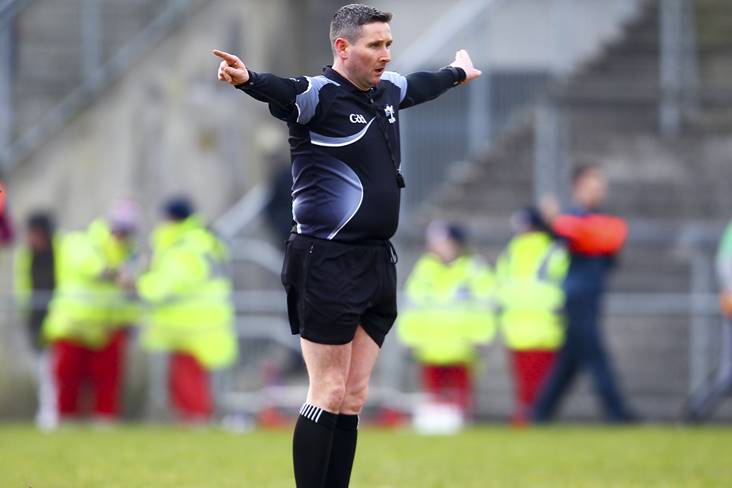 A penalty is signalled by referee Fergal Horgan.

A sin-bin will be trialled in this year's hurling league and championships.

A 60% backing was required for the proposal to be successful at today’s virtual Congress, and, despite opposition from counties like Galway and Limerick, as well as the GPA, the motion, which is aimed at tackling cynical play, will be implemented on a trial basis in 2021.

Devised by the standing playing rules committee, it now means a cynical foul committed inside the 20m line or semi-circle that denies a clear goal scoring opportunity, in either hurling or football, will result in a ten minute sin-bin for the offending player and a penalty for the attacking team.