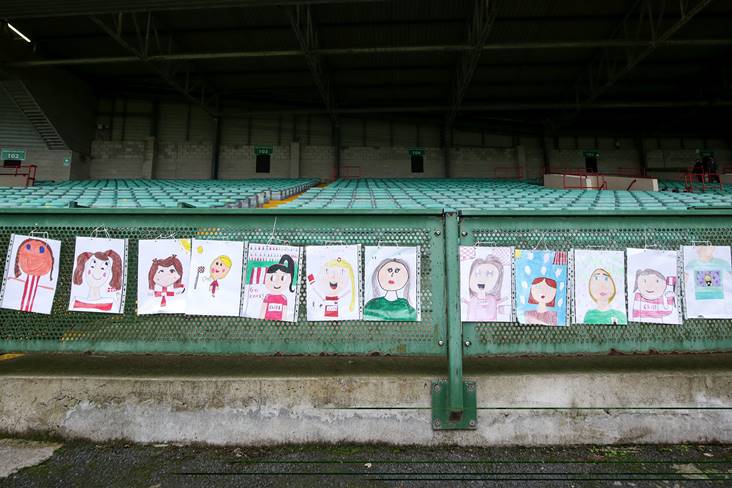 Self portrait drawings of local children at the LIT Gaelic Grounds for the All-Ireland SHC round 2 clash between Cork and Tipperary. ©INPHO/Laszlo Geczo.

Fixture details have been confirmed for the Munster U20HC semi-finals later this month.

On Saturday week, Limerick will host Cork at the LIT Gaelic Grounds, while Tipperary and Waterford clash in the second last four encounter three days later.  Meanwhile, the final will take place on 23 December.