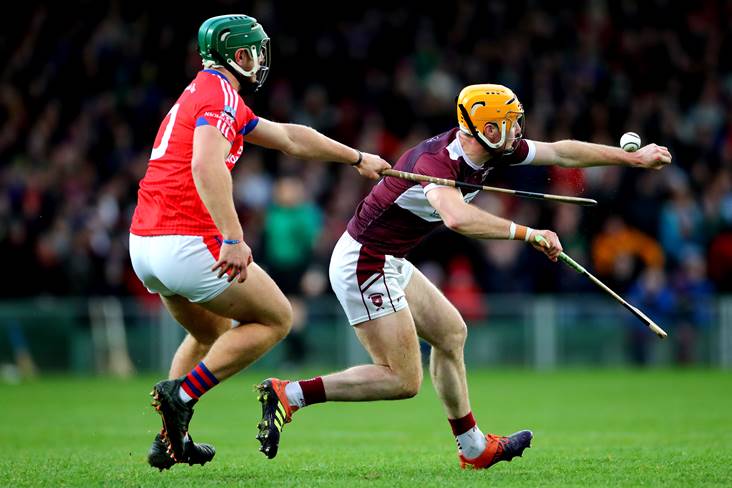 Brendan Maher scored 10 points, including one with a broken hurl, as Borris-Ileigh set up an All-Ireland club SHC final showdown with holders Ballyhale Shamrocks after a hard-earned victory over St Thomas' at the LIT Gaelic Grounds.

A last-gasp goal from teenager James Devaney handed the Tipperary and Munster champions a flattering seven-point win after the sides had been level nine times. St Thomas' were left to rue a tally of 14 wides as their north Tipp opponents advanced to their first Tommy Moore Cup decider since 1987.

The floodlights were on from the outset as the Galway kingpins made the better start with two early points. Borris-Ileigh scored the next three to take the lead before Eanna Burke grabbed the opening goal for St Thomas' in the 10th minute after great work by Conor Cooney and Oisin Flannery. But the winners refused to panic and rallied with points from Maher, Conor Kenny and Kevin Maher to take a 0-11 to 1-6 lead into the break. Bernard Burke, Conor Cooney, Oisin Flannery, James Regan and Darragh Burke accounted for St Thomas' first half scores.

The south Galway side regained the lead 12 minutes after the restart, but were outscored by 1-8 to 0-3 down the home stretch with Maher leading the way for Borris-Ileigh. Darragh Burke made it a two-point point game in injury-time, but Maher then sent over a free and added another incredible point from play with a broken hurl.

But it wasn't until Devaney netted that the Tipperary men could start preparing for a trip to Croke Park later this month.