Tipp club to rename its grounds after goalkeeping great 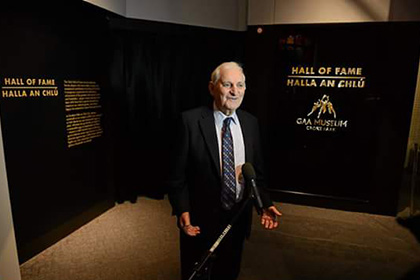 Lorrha-Dorrha GAA club is to rename its grounds after the legendary Tipperary goalkeeper Tony Reddin.

GAA president John Horan will attending the renaming ceremony tomorrow night (Saturday) which will see the name of the grounds at Moatfield changed from St Ruadhan's Park to Tony Reddin Park & Community Centre.

Born in Mullagh, Co. Galway, Reddin represented the Tribesmen at both minor and junior level before going on to win three All-Ireland and Munster SHC medals in 1949, 1950 and 1951 as well as six National Leagues with Tipperary. With Lorrha, who he joined after moving to the parish in 1947, he won two North Tipperary SHC titles in 1948 and '56.

He later moved across the Shannon to live in Banagher and coached the local St Rynagh's club to 10 Offaly SHC titles in a 12-year period.