Kelly: if anyone can, Sheedy can 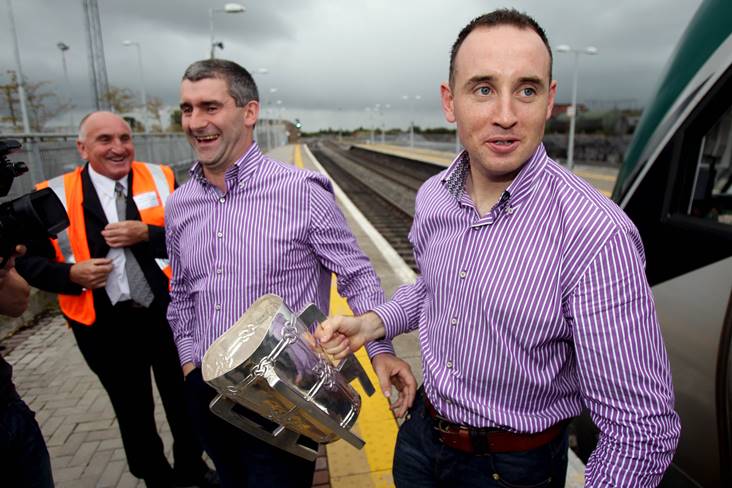 Eoin Kelly and Liam Sheedy arrive back to Tipperary with the Liam MacCarthy Cup in 2010. ©INPHO/Cathal Noonan.

Eoin Kelly believes Liam Sheedy is better equipped then anyone to lead Tipperary to back-to-back All-Ireland SHC titles for the first time since 1964/'65 next year.

Tipp have failed to retain the Liam MacCarthy Cup in six attempts since then, but Kelly - who captained the Premier County to All-Ireland glory in Sheedy's first term as manager - is confident the Portroe man can put that right in 2020.

“History doesn’t lie really, does it? When was the last time Tipperary were lucky enough to get back and win an All-Ireland the year after? 1965. That’s probably the challenge. Liam likes a challenge," the Mullinahone sharpshooter said in the Irish Daily Star.

“I can only talk about my experiences. We won it in ‘10 and Kilkenny, the greatest team of all time, were still knocking around. And when you’re All-Ireland champions everyone likes to beat the All-Ireland champions, Limerick would have confronted that this year. Kilkenny were the only team that were able to do (back-to-back).

“Cork did it in ‘04 and ‘05, but definitely teams are more up for playing you when you’re champions.

“Everyone would have said that managers shouldn’t come back, that your second coming isn’t always a good one, that’s what I would have heard for the last nine or 12 months, but Liam Sheedy has smashed that theory to pieces.

“So hopefully under his stewardship he might smash the back-to-back thing to pieces because if there’s one man that can do it, he’s the man.”