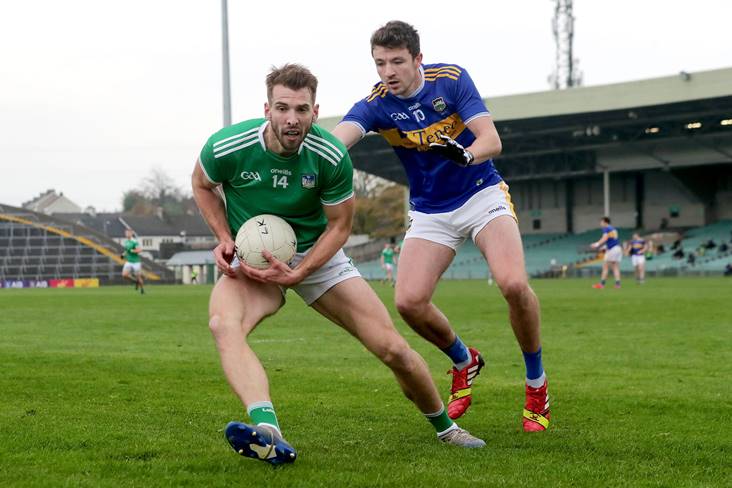 Jack Kennedy struck two injury-time points as Tipperary edged Limerick by 1-12 to 0-14 in this afternoon’s McGrath Cup clash in Rathkeale.

Limerick had led by 0-14 to 1-8 with 10 minutes to go at Mick Neville Park but missed chances cost them in the end, as Sean O’Connor (1-7) and Kennedy struck two points apiece in the closing stages to seal the visitors’ victory.

O’Connor’s goal had Tipp’s noses in front in the run up to half-time before points at the other end from Peter Nash and Josh Ryan left it at 0-8 to 1-5 for the interval.

Conor Ryan pointed the Premier men back in front at the start of the second-half but it was Billy Lee’s charges that hit a purple patch with scores from James Naughton and Josh Ryan (two frees).

Cillian Fahy had the Shannonsiders four to the good by the hour mark but it was Tipp that finished with a flourish to snatch the win.