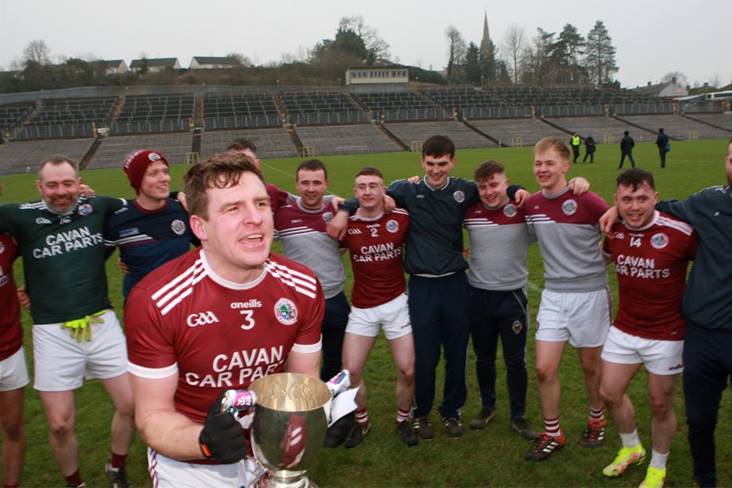 Sean Donohoe's goal left the Crosskeys men, captained by Bernard Gaffney, level at half-time, 1-2 to 0-5, and they dominated on the resumption as James Brady and Mark McSherry raised further green flags after Downings lost centre-forward Danny McBride to a second yellow card.

With Kerry stars Jack Barry and Stefan Okunbor teaming up in midfield, Na Gaeil struggled to shake off Drom-Inch (Tipperary) in the Munster club IFC semi-final at Templemore where it finished 1-10 to 0-9.

The Tralee club will face Corofin next after the Clare outfit pulled off an impressive 1-14 to 0-11 victory over 14-man Newmarket (Cork) at Mallow.

In the Leinster club JFC semi-final, Offaly intermediate champions Clonbullogue had too much firepower for O'Loughlin Gaels of Kilkenny at Freshford – winning 3-16 to 0-6