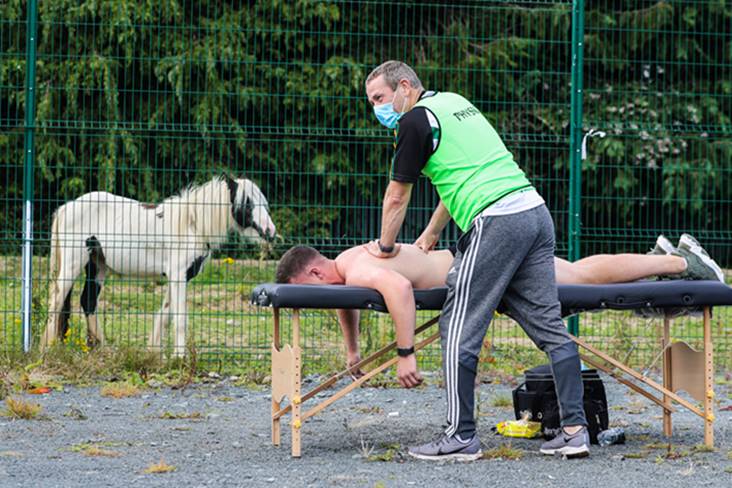 Thomas Davis physio Karl O'Toole with David Keogh before the Dublin SHC clash against Cuala at Bray Emmets as a piebald pony looks on. ©INPHO/Bryan Keane.

This could well be a first…

Thomas Davis forward Sean Fennelly thought he had registered a goal for his side, but when the referee saw Fennelly was not wearing a gum shield a free out was rewarded instead.

Davis goal ruled out as scorer had no gumshield

Skerries Harps ran out 3-7 to 1-10 winners in the end and, needless to say, their south Dublin counterparts were unhappy to see one of their goals being struck off.

The below video posted on Twitter by OnPoint Performance Analysis shows the incident as it occurred on Wednesday evening:

I witnessed a first tonight in the @DubGAAOfficial SFC clash between @tomasdaibhis & @SkerriesHarps. A goal disallowed after been scored all because the scorer runs by the referee AFTER scoring (no whistle) and the referee says he wasn't wearing a gum-shield. pic.twitter.com/uUW8JFkoEe