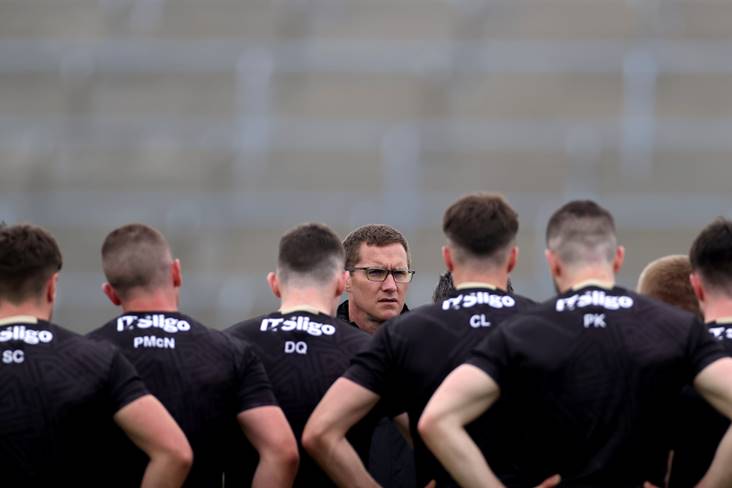 Sligo boss Tony McEntee described yesterday’s penalty shoot-out in Carrick-on-Shannon as a “very hard way” to decide the contest between his side and hosts Leitrim.

Both teams served up a cracking contest at Páirc Seán Mac Diarmada, where it finished 2-16 to 1-19 after extra-time, and in the shoot-out, Sligo ‘keeper Aidan Devaney would prove the hero as the Yeats men won 4-3 to move into the semi-finals of the Tailteann Cup where they now face Cavan on June 19.

"It was a great game of football. It was a hugely entertaining match for what was a great crowd and they got great value there," McEntee told RTE Sport afterwards.

"Penalties was a very hard way for one of those teams to lose.

"As for the game, we kicked a lot of wides. In total, we had 48 shots, which is a remarkable amount of shots. So, there was some bad decision making there.

"But we worked our way into the game, we fought hard and we were up against a very good Leitrim team."