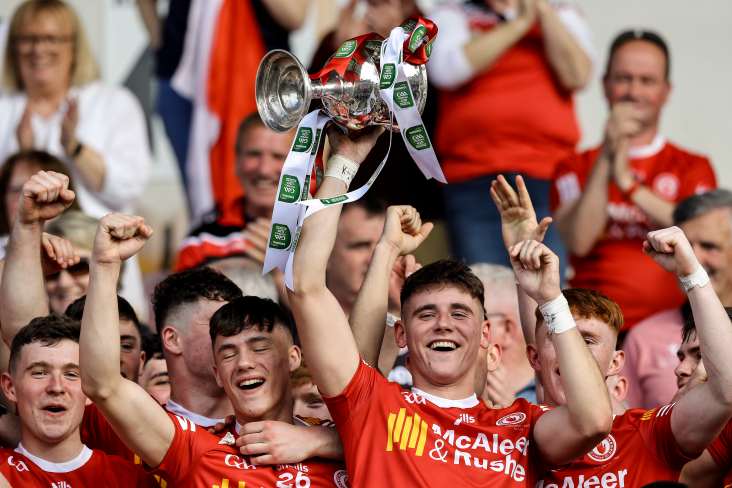 The top 20 players from this year’s U20 Football Championship have been announced.

The EirGrid 20 U20 has been running for eight years now with all recipients chosen by the Gaelic Writers Association. The awards recognise the outstanding effort and dedication of these talented young players. EirGrid, the state-owned company charged with delivering a cleaner energy future through the management of Ireland’s electricity grid, has been a proud partner of the GAA since 2015.

Tyrone’s incredible performances in the competition have been reflected with five players from the All-Ireland winning panel selected as worthy recipients of the EirGrid 20 U20 awards. These are Niall Devlin, Brian Conway, Eoin Corry, Sean O'Donnell and EirGrid U20 Player of the Year Ruairí Canavan.

“Firstly, my congratulations to all of those who have been named on this prestigious list and to the families and clubs who they proudly represent. I also congratulate all the players and management who took part in this year’s EirGrid GAA U20 Football Championship. You made it one that will be remembered . Finally, I would like to thank EirGrid for their ongoing support of the GAA. Their creative campaigns have added to the promotion and excitement around the U20 Championship and we look forward to working with them in the years to come.”

Michael Mahon, Chief Infrastructure Officer at EirGrid, commented: “On behalf of all at EirGrid, I would like to extend our congratulations to the 20 players honoured through inclusion in today’s prestigious list. The talent we witnessed in the 2022 championship was incredible and each of these young players did their counties proud.  It is great to be able to recognise and award the talent and character displayed by these young men in a competition that nurtures and develops the stars of tomorrow. Well done to all our winners and thank you for making the EirGrid GAA Football U20 All-Ireland Championship such an outstanding competition. We look forward to seeing what the future holds for these exceptional footballers.”