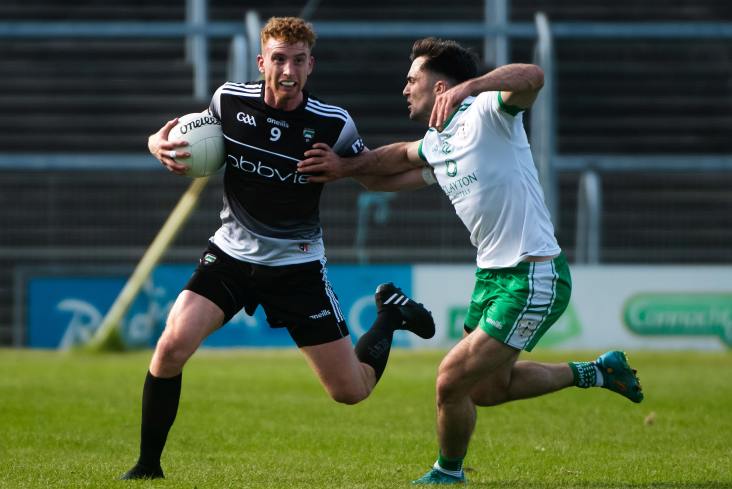 Sligo came through a battle against London this evening at Markievicz Park to win out by 3-15 to 2-16 after extra time and advance to the last eight of the Tailteann Cup.

The sides couldn’t be separated at the end of normal time, as Alan Reilly’s point in the fifth minute of injury-time saved Sligo from defeat and left it at 2-11 apiece come the full-time whistle.

Pat Hughes had the home side leading 0-3 to 0-2 before London hammered in the game’s first goal via James Gallagher in the 14th minute.

Two minutes later and the ball would be in the Exiles’ net, with Hughs providing the cool finish, and the Yeats men’s full-forward would make the most of a high ball in from Paul Kilcoyne to net his second in the 28th minute.

London hit back with points from Gallagher and Fearghal McMahon, leaving it at 2-6 to 1-7 for the half, and they’d restart in the best possible fashion with Matthew Walsh taking a pass from Stephen Dornan and lashing to the net.

The points flowed back and forth from there and, despite ‘keeper Noel Maher (free) giving the Exiles a two-point cushion, Sligo were able to get back within one and equalise through Reilly right at the death.

Reilly and Donal Conlon wiped away a shaky start to extra time for the Connacht men and, right on half-time, Brian Egan bundled in a goal that saw them lead by 3-14 to 2-13 at the end of the first-half.

Michael Maher’s men came with another push after the resumption and they'd earn a penalty which Christopher Farley saw saved by Aidan Devaney before the rebound flew over the bar.

Reilly struck a crucial point to settle Sligo nerves afterwards and they’d save a late goal effort from Gavaghan to hang on and advance into Monday’s quarter-final draw.

Heartbreaking stuff for our footballers in Sligo this evening, leading for most of the second half only to concede two late on as Sligo forced extra time. However, a brilliant year and effort from Michael Maher and his side