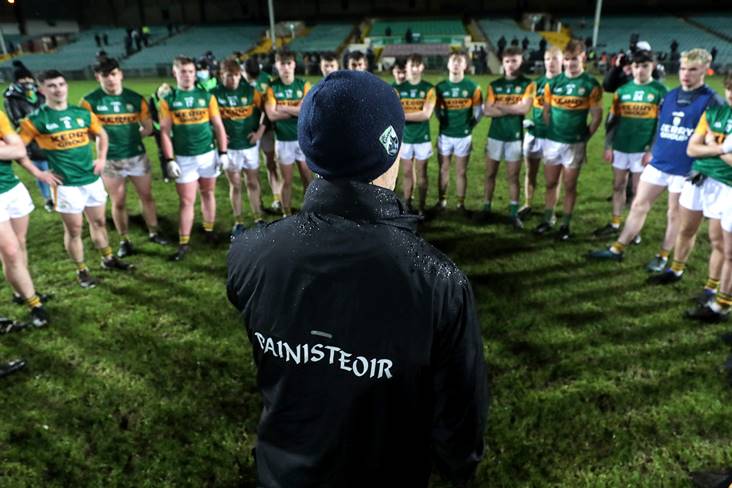 Kerry manager James Costello has shown his hand ahead of the 2020 All-Ireland MFC semi-final against Roscommon at the LIT Gaelic Grounds this afternoon.

The team shows two changes in personnel from that which defeated Cork in the Munster final eight months ago, as Killian O'Sullivan and Darragh O'Sullivan come into the side in place of Ruairi Burns and Aaron O'Shea.