Roscommon down Leitrim to progress to Connacht U20FC semi-final 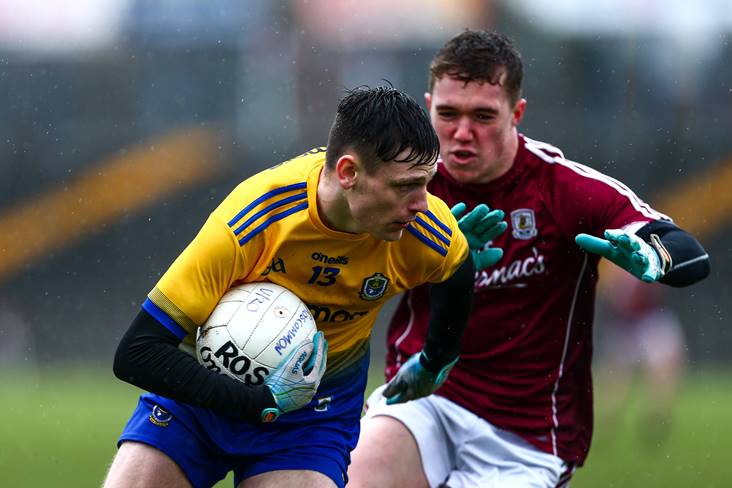 Four goals - two either side of half-time - helped Roscommon U20 footballers to a comfortable 4-16 to 0-10 victory over Leitrim at a wet Dr Hyde Park this evening.

Leitrim were well in the contest at 0-10 to 0-6 as half-time approached before being floored by injury-time goals from Adam McDermott and Ben O’Carroll, who combined for 2-5.

The Rossies picked up where they left off and blitzed the visitors with another two goal salvo, with Darragh Heneghan and James Fitzpatrick hitting the net in a matter of minutes.

They can now look forward to a Connacht semi-final date with Sligo at the same venue in seven days' time.