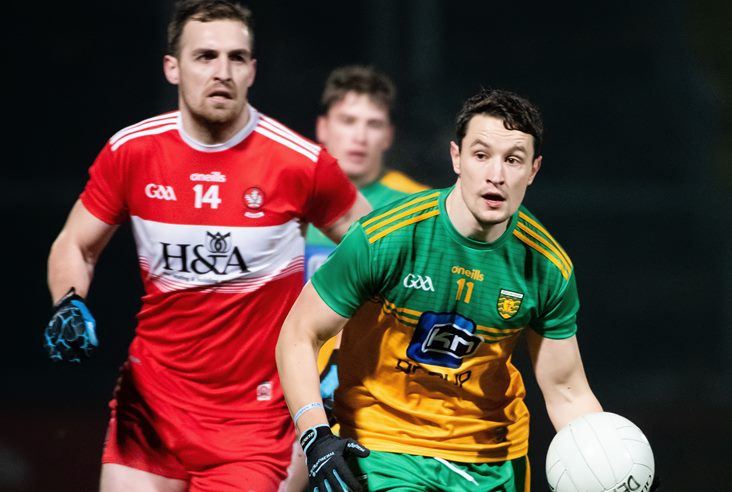 This weekend’s Dr McKenna Cup semi-finals will go ahead as scheduled despite requests from two counties to move the fixtures to a later date.

Holders Tyrone take on Down at the Athletic Grounds this Sunday, January 12th, while Donegal will face Monaghan on the same afternoon in Enniskillen. Both games are scheduled to throw-in at 2.00pm with penalties to be taken in the event of a draw.

Speaking after last night’s win over Derry at Celtic Park, Donegal boss Declan Bonner stated that the Ulster champions would be unable to field a team against Monaghan with more than a dozen of their players on Sigerson Cup duty this weekend.

In a statement released on the semi-final fixtures, Ulster Council confirmed that they had discussed requests from two counties to move the games to this coming Tuesday night instead but could not compensate due to the “tight schedule” this season's competition is being played under.

“A meeting of Ulster CCC was held this afternoon to discuss requests from two counties to reschedule the Bank of Ireland Dr McKenna Cup semi-finals from Sunday 12th January to Tuesday 14th January,” the statement read.

“An option to play the competition in early December, which would have facilitated University teams being included, was previously rejected by Ulster CCC following consultation with our counties.

“Therefore, when drafting the fixture schedule following the draw on 4th December, the committee and counties were fully aware that the First Round of the Sigerson Cup was also scheduled for this weekend of 11th -12th January.

“Given the tight schedule under which the Bank of Ireland Dr McKenna Cup must be completed, the view of the committee was that it was necessary to use this weekend.

“At their meeting today, the committee also considered the welfare of players and took the view that from a player perspective, it would be unfair to expect players to play in the Sigerson Cup on Sunday 12th and line out for their counties on Tuesday 14th - and potentially be expected to play again for their county in the Bank of Ireland Dr McKenna Cup Final on Saturday 18th January (and perhaps for their University the following day).

“The Bank of Ireland Dr McKenna Cup is a well established pre-season competition which gives counties the opportunity to rotate their squad and look at players in an inter-county environment.

“After careful consideration of all the factors, the committee took the view that the Bank of Ireland Dr McKenna Cup semi-finals should be played on Sunday 12th January, as scheduled.

“At the meeting the committee also agreed the venues for the semi-finals and final, depending on semi-final outcomes:

Sunday 12 January (2.00pm, Penalties if required - no extra-time will be played)

Saturday 18 January (7.30pm, Penalties if required - no extra-time will be played)