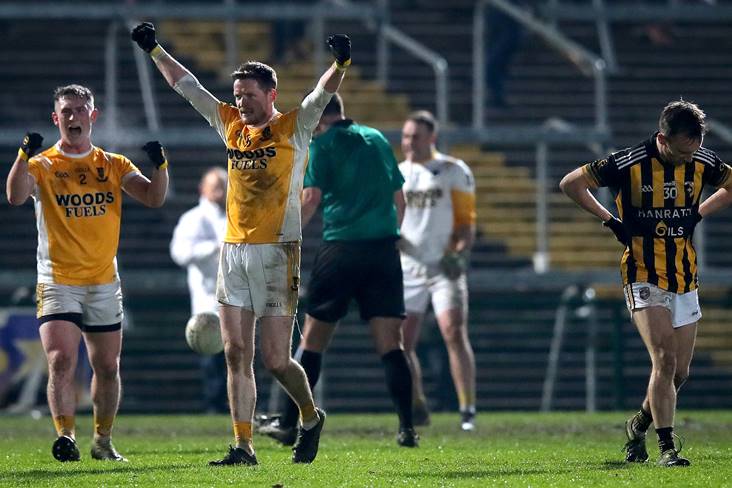 John McEntee plotted his beloved Crossmaglen's downfall as his Clontibret side held on for victory by the narrowest of margins in tonight's Ulster club SFC quarter-final at the Athletic Grounds.

Former All-Star Conor McManus was once again to the fore as the Monaghan champions secured a place in the last four at the expense of the 11-time Ulster kingpins in a dreadful conditions. Cross' kicked 13 wides compared to Clontibret's eight and this ultimately proved their undoing in such a close game. Further effots from Oisin O'Neill and substitute Tony Kernan after the restart halved the deficit to two before McManus was denied a goal by a super Tiernan McConville save in the 41st minute.

Rian O'Neill then reduced the gap to the minimum, but two more McManus points (one free) restored the Saffrons' three-point advantage. Cross' rallied with late points from Rian and Oisin O'Neill, but Clontibret held on, despite losing O'Dowd to a black card in the dying stages.