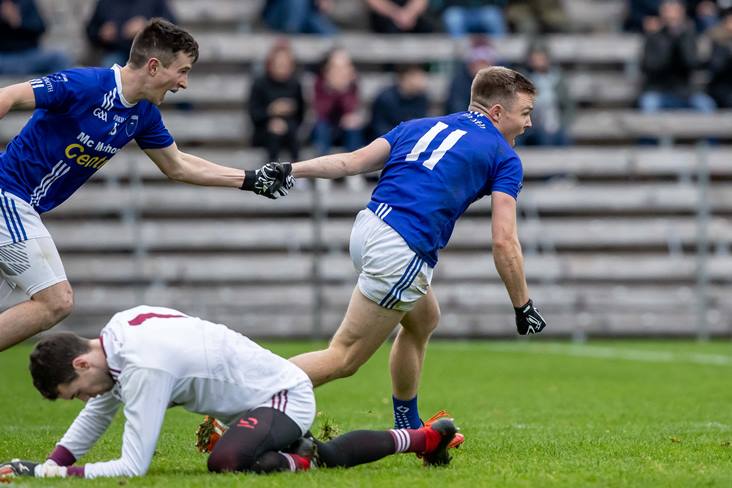 Goals from Micheal McCarville, Shane Carey (penalty) and Conor McCarthy were key ingredients in their 3-12 to 1-13 semi-final replay win over Ballybay at Clones today.

McCarville and Carey’s three pointers arrived in the first-half and they took a 2-6 to 0-7 lead into the break.

Patrick O’Neill pulled a goal back for Ballybay three minutes after the resumption but McCarthy’s intervention in the 43rd minute gave last year’s defeated Ulster finalists a 3-10 to 1-8 cushion.

Ballybay refused to throw in the towel but late frees from Rory Beggan and Carey kept them at bay.

Next up for Scotstown is a final date with Clontibret.