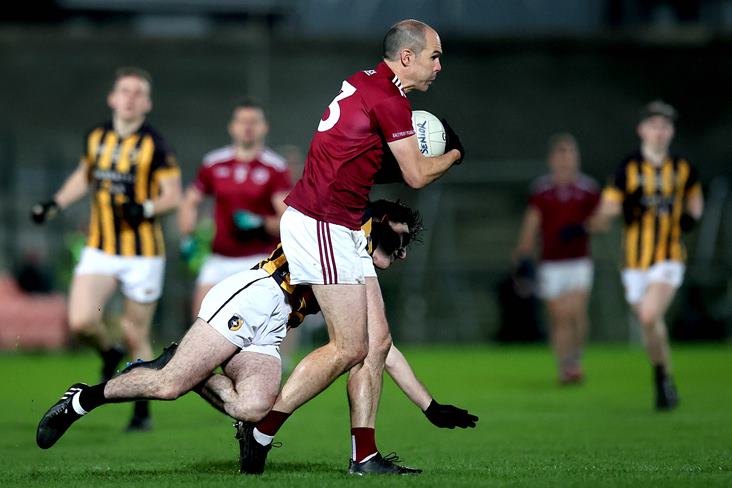 Paul Finlay rolled back the years with a man-of-the-match performance against Crossmaglen Rangers in last night's Ulster club SFC clash at the Athletic Grounds.

The 39-year-old proved that age is just a number when using his experience to telling effect, scoring 0-4 as Monaghan champions Ballybay upset a fancied Cross' side to book a quarter-final showdown with reigning All-Ireland champions Kilcoo next weekend.

"We prepared well over the last three weeks since our county final, that’s what you get when you knuckle down and do a bit of hard work and prepare as best as we could," the former Monaghan star told RTÉ Sport afterwards.

"Thankfully the boys were up for the game this evening. It’s Ballybay’s first win in an Ulster club championship so there was a lot on the line for us today.

"It’s brilliant. We won the county final and it’s the first thing I looked forward to was getting to tonight. I missed it as a result of my honeymoon ten years ago [Ballybay's previous Ulster SFC appearance] so delighted to get a chance here this evening.

"It doesn’t get any easier does it? Crossmaglen first round, then All-Ireland champions Kicoo. We’ll just take it like we did with the Crossmaglen game, we’ll try work as hard as we can, we’ve only a week turnaround so that’s short."

At the age of 39, Paul Finlay has finally played an Ulster Club Senior game - he was on his honeymoon in 2012 - and he delivered a Player of the Match performance as they tore through Crossmaglen in the second half. pic.twitter.com/rfs1fMNiW1