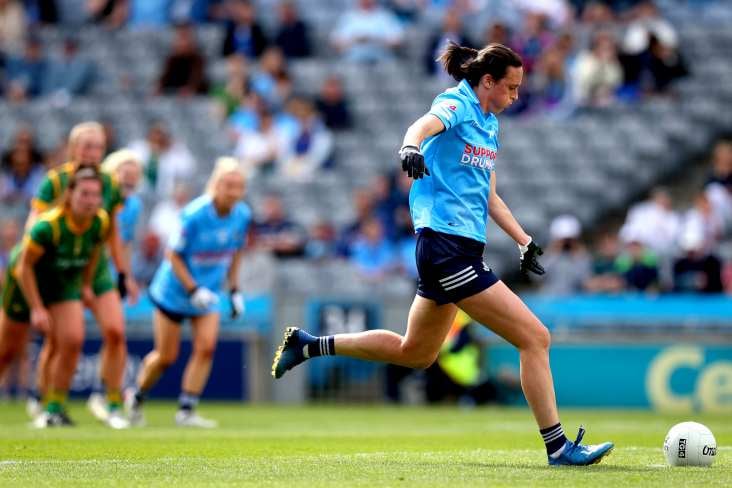 The 2022 TG4 All-Ireland Ladies Senior Football Championship gets underway on Saturday - with five games down for decision.

On Sunday, attention switches to the Intermediate and Junior grades, with five Intermediate ties and three Junior fixtures on the agenda.

It’s a bumper weekend of action and the TG4 cameras will be in Birr on Saturday for a Senior double-header, as Donegal take on Waterford (5pm) before Galway meet Kerry (7.15pm).

All of the weekend’s other eleven fixtures will be available to view on the LGFA’s live-streaming service: https://page.inplayer.com/lgfaseason2022/

Having lost out in the TG4 Connacht Final to Galway, Mayo will be anxious to get their group campaign off to a positive start on home soil.

Manager Michael Moyles has made two changes in personnel from that outing, with Sorcha McCarney and Tara Needham coming into the starting line-up ahead of Tamara O’Connor and Ciara Whyte.

In a four-team group that also contains Dublin and Cavan, both sides will be aiming for victory here.

Tipperary, without players of the calibre of Aishling Moloney, Aisling McCarthy and Orla O’Dwyer, survived in Division 2 of the Lidl National League but lost out to Kerry in the TG4 Munster Final.

The Premier County will be up against it here, as 2021 semi-finalists Mayo aim to make home advantage count.

Dublin begin the TG4 All-Ireland series on a high, having seen off the challenge of Meath in the recent Leinster Final.

Manager Mick Bohan has shuffled his pack ahead of the clash with Cavan, making four changes in personnel.

There are starts for co-captains Niamh Collins and Carla Rowe, with Lauren Magee and former skipper Sinéad Aherne also set to line out.

Dropping out of the team for this one are Orlagh Nolan, Jennifer Dunne, Sinead Wylde and Nicole Owens.

Opponents Cavan were well beaten by Donegal in their last outing, a TG4 Ulster semi-final.

Dublin, the 2021 runners-up, will be fancied to get off to a winning start in this one.

A huge day for Monaghan as they welcome the 2021 TG4 All-Ireland Senior Champions to Drumhowan.

Monaghan will need a massive performance to compete with Meath, who lost out narrowly to Dublin in the Leinster Final.

The Royals, who scooped the 2022 Lidl NFL Division 1 title, will be determined to embark on another big championship run and they’ve gone with an unchanged starting line-up.

Meath and Monaghan are in Group B alongside Armagh, the reigning Ulster champions, and this is a crucial opening fixture for both sides.

In a brilliant game at Cusack Park, Ennis, in the 2021 championship, Galway narrowly beat Kerry by a point.

The counties are in the same group again for the 2022 campaign and both are in decent form.

Kerry lifted the Lidl NFL Division 2 title before contesting a Munster Final against Cork, as Galway landed the Connacht crown with victory over local rivals Mayo.

In a three-team group with Westmeath, both counties are tipped to advance but there will be no holding back here.

Galway make two changes to the side that defeated Mayo, with Mairead Seoighe and Lynsey Noone coming in for Lara Finnegan and Ailish Morrissey in attack.

From the Munster Final loss, there’s just one switch on the Kerry team, with Aoife Dillane replacing Ciara O’Brien in the full-back line.

Donegal are a team to watch in the 2022 TG4 All-Ireland Senior Championship – but they’re smarting from recent big game defeats.

Donegal contested the Lidl NFL Division 1 Final against Meath but lost out in that one, before suffering defeat to Armagh in the Ulster decider.

In a group that also contains Cork, this is a massive fixture for both counties, with Waterford aiming to show that they’ve improved form their Munster semi-final loss to Cork.

This is the first game of a live TG4 double-header at St Brendan’s Park, Birr, with the Galway-Kerry tie to follow at 7.15pm.

Just pride on the line for both sides here as Wexford are guaranteed to finish on top of the group, with Leitrim set to occupy the basement slot.

Leitrim are exempt from relegation as Connacht champions but they’ll be disappointed not to have built on that provincial success.

Wexford, meanwhile, have shown real character to claim two victories in the group stages, having lost the Lidl NFL Division 3 Final and the Leinster decider.

The Model County were 2021 TG4 All-Ireland Intermediate championship runners-up and are dark horses again this season.

A straight shoot-out for a quarter-final place in Clara.

Offaly and Wicklow have both lost out to Wexford but they’re safe from relegation after both won against Leitrim.

Now it’s all on the line at Bretland Park in what promises to be a keenly-contested Leinster derby.

It promises to be very close, too, as Wicklow lost out by four points to Wexford, with Offaly suffering a two-point loss against the table-toppers.

A dead rubber at Cusack Park, Ennis, with both sides already guaranteed progress to the last eight.

But Clare and Louth will want to finish the group stages on a high, and assure themselves of top spot.

Having avoided the threat of relegation first and foremost, both counties now have their sights set on the knockout stages.

Down, who finish on bottom of Group B, are relegated to the Junior grade for 2023.

It’s a similar story at Glennon Brothers Pearse Park, with Longford and Roscommon both guaranteed progress to the quarter-finals from Group C.

Kildare would have fancied their chances of doing well in the All-Ireland series, having won the Leinster title, but the Lilywhites lost both games and finish bottom.

Kildare are exempt from relegation, however, as provincial winners, as Longford and Roscommon set their sights on a crack at the Mary Quinn Memorial Cup.

Finishing on top of the table would be a good way for either side to get ready for the last eight.

The quarter-final slots have also been decided in group D, with Laois and Tyrone both assured of progress to the knockout stages.

These are two sides that will fancy their chances of going deep into the 2022 competition – and this game will provide a real gauge of exactly where they stand at this point in time.

Laois were the more impressive against Sligo, who improved in a nine-point loss to Tyrone.

But as they finish on bottom of Group D, Sligo will play Junior Championship football in 2023.

Group B of the Junior Championship gets underway with the meeting of two of the competition favourites.

Antrim were beaten finalists last year, losing out to Wicklow, while Limerick suffered a semi-final loss at the hands of the victorious Garden County.

Limerick will be hoping to get back to a first Junior Final since 2018, as Antrim target another final appearance.

New York are the third team in this group, with Antrim hosting the ladies from the Big Apple on Sunday June 19, before Limerick roll out the welcome mat three days later.

With two semi-final slots on offer in this group, Fermanagh will look to bounce back quickly following an opening round loss to Carlow.

They host visitors London, who are on three points after Derry conceded their scheduled fixture against the Exiles.

London are an unknown quantity for Fermanagh, who will have to perform well to gain a positive result from this pivotal fixture.

Derry are already playing catch-up, as they prepare to welcome high-flying Carlow to Celtic Park.

Having conceded to London, the Oak Leafers have games against Carlow and Fermanagh to secure a semi-final slot.

Carlow are buoyant following their excellent victory over Fermanagh in the first round.

Even without injured forward Clíodhna Ní Shé, who was top scorer in the 2021 TG4 All-Ireland Championships, they’re a team to watch this season.