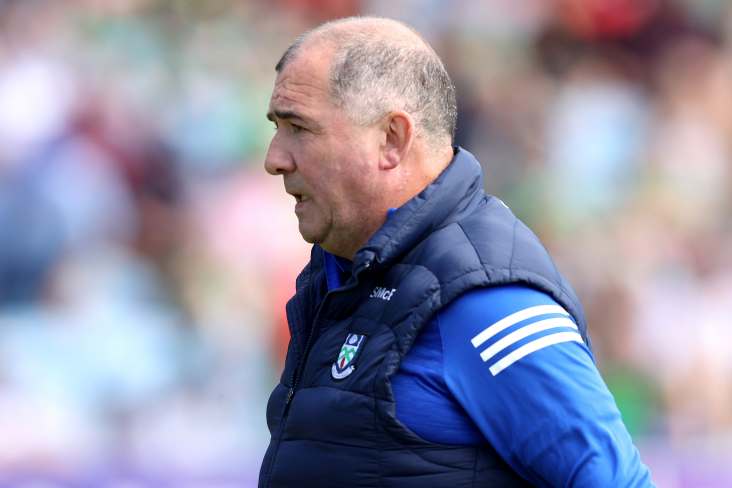 Monaghan boss Seamus McEnaney criticised the decisions making of referee Barry Cassidy in the latter stages of his side’s defeat to Mayo this evening.

The Farney men exited the All-Ireland football championship after a 1-13 to 0-12 defeat in Castlebar, where they had a late penalty shout denied when they had trailed by three points in injury-time.

Speaking to Sky Sports GAA afterwards, McEnaney described some of the decisions from Derry official Cassidy late on in the game as “off the charts”.

“I thought it was a stonewall penalty and, I’ll be honest with ya, I think we were robbed!” he stated.

“I thought the refereeing decisions at the end was terrible in two or three scenarios. It’s very disappointing from our point of view.

“It’s very hard to manage a team when you’re coming up against things you can do nothing about. They’re out of our control.

“I never complained about a referee in my lifetime managing. I’m managing 20 years now and I thought some of the decisions was off the charts and we’re very, very disappointed.”

😡"I thought it was a stonewall penalty at the end. I think we were robbed!"