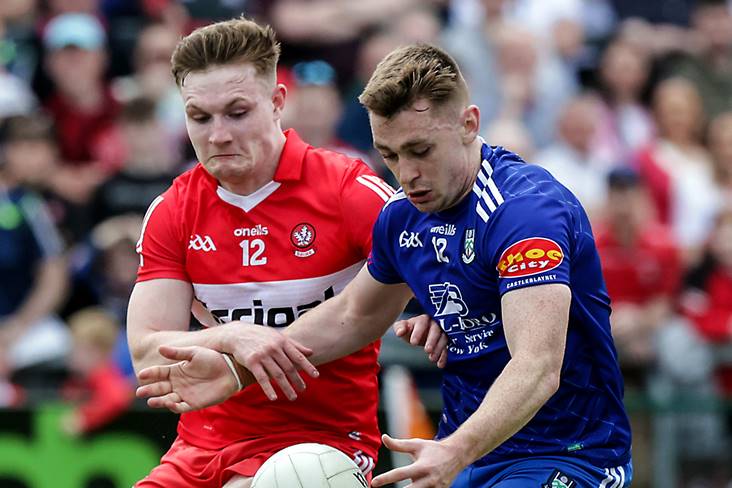 Derry are through to their first Ulster SFC final since 2011 after overcoming Monaghan by 3-12 to 0-17 at the Athletic Grounds this afternoon.

Rory Gallagher's side backed up the strong form they showed in beating holders and All-Ireland champions Tyrone with another impressive performance to book their place in the Anglo-Celt Cup decider against Donegal on May 29.

The ability to get goals proved to be the difference as Gareth McKinless and Benny Heron (twice) cut through the Monaghan rearguard to raise green flags.

The Oak Leaf County had raced into a 1-2 to 0-0 lead on 13 minutes with midfielder McKinless taking a pass from Niall Loughlin and smashing the ball past goalkeeper Rory Beggan after points from Niall Toner and Shane McGuigan.

Trailing by 2-7 to 0-6 at half-time, McEnaney's men turned around with the wind at their backs as points by Andrew Woods, McCarron, Dessie Ward and Conor McManus saw them cut the deficit to three with 15 minutes remaining.

But, despite finishing well with another flurry of scores, Heron's second major in the 62nd minute left Monaghan with a mountain to climb.