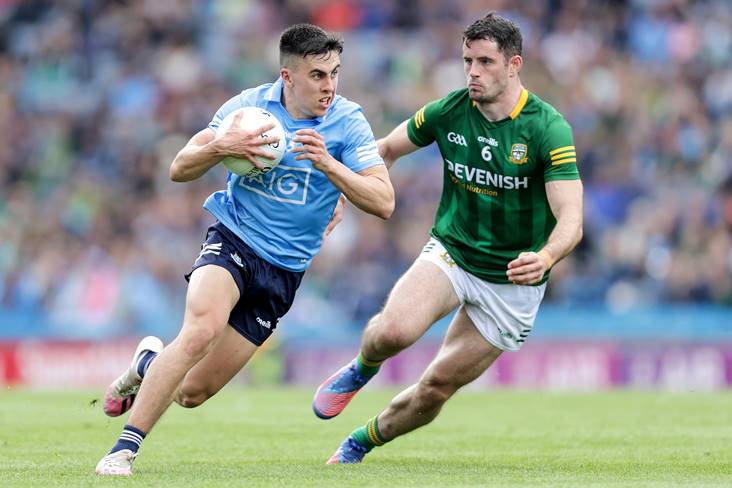 Dublin put on an impressive scoring display at Croke Park to inflict a 1-27 to 1-14 defeat on 13-man Meath.

It means the Dubs will defend their Leinster SFC title against Kildare in Saturday week's final in their bid for a twelfth straight Delaney Cup success.

With Dean Rock netting a 30th minute penalty following a foul on Con O'Callaghan, the first-half was one of the most one-sided affairs witnessed at GAA headquarters.

The opening 36 minutes was a walk in the park for Dublin, who were 15 points (1-17 to 0-5) up at the interval and had eight different scorers, while Meath improved somewhat after the restart.

It might have been different had Meath corner-forward Jordan Morris converted an early goal chance at the Hill 16 end but 13 minutes passed before the Royals got off the mark through Brian Menton to make it 0-5 to 0-1.

Kingscourt Stars clubman Morris did get a consolation goal from the penalty spot in injury-time after Matthew Costello was hauled down, resulting in a black card for Michael Fitzsimons, before being red carded for an off-the-ball incident with Lee Gannon.

Meath also lost Jack Flynn to a straight red late on after a heavy challenge on fellow substitute Jonny Cooper.