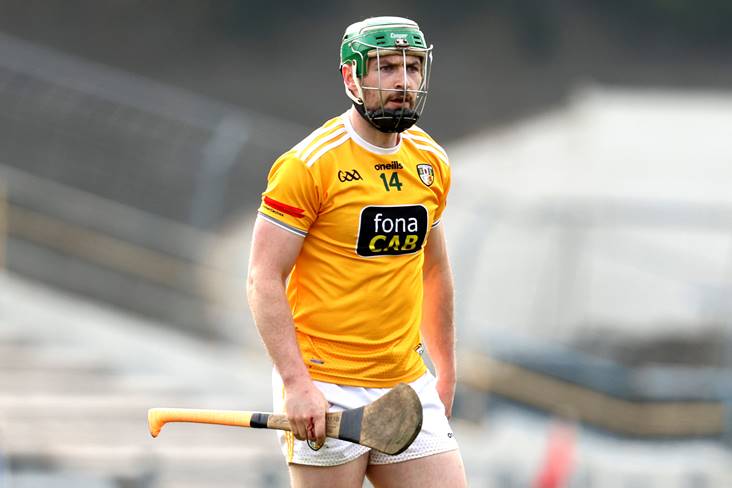 Antrim rubber-stamped their placed in the Joe McDonagh Cup final with a commanding 7-29 to 3-13 victory over Meath at Pairc Tailteann this afternoon.

Conor McCann and Sean Elliott led the way as the Saffrons delivered a strong first-half performance to make it four wins on the trot in the second tier.

It was another tough day at the office for the Royals, who remain rooted to the bottom of the table on zero points and with a score difference of -92.

Darren Gleeson's side had the game wrapped up by the interval, leading by 5-16 to 2-5 as three goals inside the opening 10 minutes from McCann (2) and Elliott gave them real breathing space in Navan.

Meath, to their credit, battled back to hit the hosts for two goals, the first came via a Jack Regan penalty, before the break, but they were pegged back again when Paddy Burke and Elliott replied with further Antrim majors.

The Saffrons continued to pick off their scores with ease in the second-half and Eoin O'Neill's late brace of goals applied the gloss to a comfortable 28-point win.