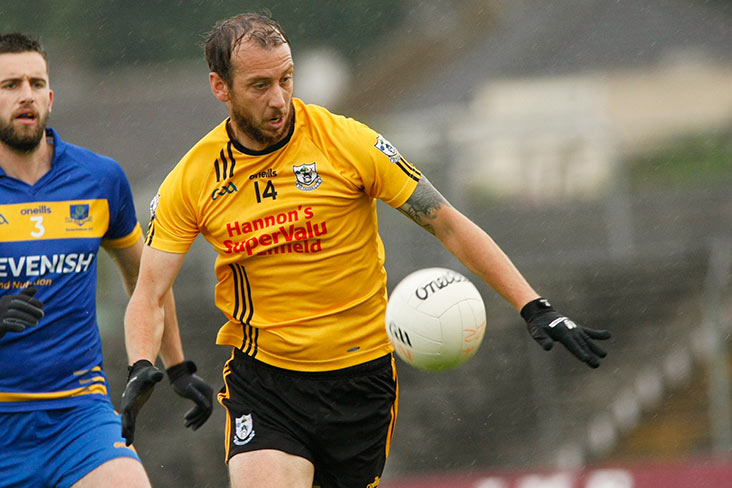 Na Fianna led by one point with six minutiae remaining in Enfield on Saturday evening but two late goals from the visitors saw them leave with the win.

Na Fianna played with a strong breeze in the first half but made little use of it as they trailed by a point at the break, 0-5 to 1-03.

Na Fianna improved significantly after the break with the highlight being a wonderful chipped goal from Sean Rafferty and when taking the lead with minutes remaining, they looked odds on for the win. But some costly turnovers in the forwards saw Summerhill break at speed up the pitch to work two late goals including one on the stroke of full time.