FL Div 2B: Moynalvey lose their way in the second half 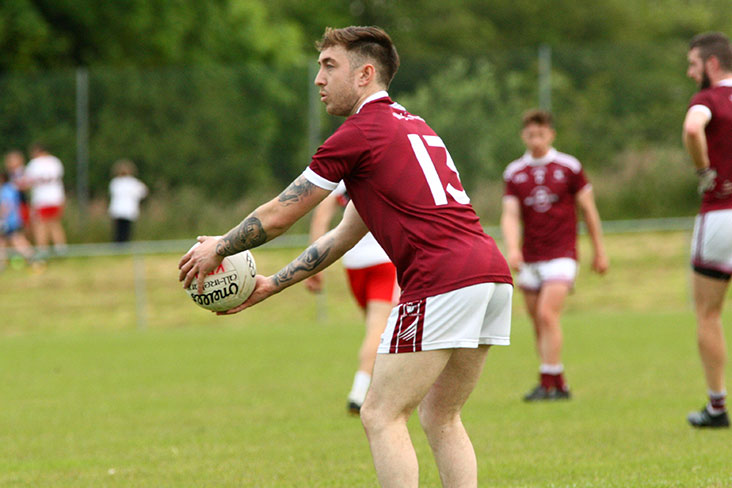 A barren 2nd half on the score board saw Moynalvey lose out to host side Dunshaughlin by eight points in round two of the Div. 1B A League.

Nine points registered on the score board for the second game in a row yielded the same result, as Moynalvey now have two losses from their first two outings out the A league against Trim and Dunshaughlin respectively.

Despite the losing margin, half time saw the visitors just a point behind, having been five points down after the first quarter, 1-4 to 0-2, with the goal coming from Meath U-20 player Ruairi Kinsella via the penalty spot.

It was Richie Kealy’s side who opened the scoring in the 2nd minute through John McDonagh, with Moynalvey responding a minute later through David McLoughlin.

The sides traded scores again in the 6th and 8th minutes with Dunshaughlin’s point coming from Conor Duke while McLoughlin was once again on the mark for Moynalvey this time from a free.

Dunshaughlin wing forward Niall Murphy put them ahead in the 9th minute which was followed five minutes later by a pointed free from Aaron Murphy, giving the home side a double scores advantage, 0-4 to 0-2.

Immediately afterwards came Kinsella’s penalty after he himself was fouled to leave it 1-4 to 0-2 with 16 minutes played.

Four Moynalvey points without reply in the second quarter courtesy of David McLoughlin (2), Sean Duggan and Darren Brennan left visitors Moynalvey trailing the home side by the minimum at the break, 1-4 to 0-6.

Unfortunately for Moynalvey they failed to trouble the score keeper for the first 27 minutes of the second half, meanwhile in that time Dunshaughlin reeled off 1-6 without reply. The goal coming from Aaron Murphy after he finished the rebound after his initial shot was saved by Moynalvey ‘keeper Ray Ryan.

Moynalvey’s first score of the second half came in the 57th minute via a David McLoughlin free, with added points from Donal Smith and substitute Craig Gilsenan in reply to two further Dunshaughlin scores to leave the full-time score read 2-11 to 0-9.

Dunshaughlin now have two wins from two, while Moynalvey are in the opposite position with two losses from two league outings. Next up for Moynalvey is a round three tie at home to Rathkenny in a fortnight.