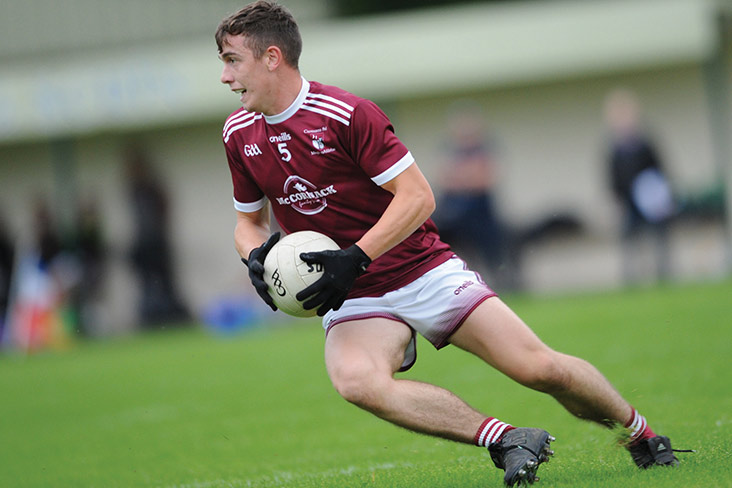 Moynalvey had a comfortable win over visitors Oldcastle in round one of the Div. 3 group A reserve cup played at Kilmore Park Moynalvey on Sunday afternoon March 20th.

With both sides short on numbers, the game was played 14-a-side with home side Moynalvey having the lesser numbers of the two teams.

Shaun Deering opened the scoring for the home side when finding the Oldcastle net in the sixth minute. Oldcastle’s opening score came from a free two minutes later.

Moynalvey points from Donal Smith and Eoin Corrigan were countered by four points in a row for the visitors to level matters 1-2 to 0-5 with 19 minutes played.

The second of Moynalvey’s goals came in the 23rd minute when Ciaran Harnan neatly side stepped the Oldcastle goalkeeper to finish from close range.

Two further Oldcastle points left the minimum between the sides with 28 minutes played, 2-2 to 0-7.

Two Moynalvey points from Donal Smith and Sean Duggan left the home side three points to the good a half time, 2-4 to 0-7.

With Oldcastle losing their shape at the back, the second half became a bit of a bit of a goal fest for the home side raising five green flags in the second period, with William Harnan accounting for four of those.

Harnan’s first goal came in the fifth minute of the second half with Oldcastle responding with a point a minute later for what would prove to be their last score of the game.

Moynalvey’s next three scores were goals, two from William Harnan, one either side of a second goal for his cousin Ciaran Harnan, leaving it 6-4 to 0-8 after 42 minutes.

Another 1-3 for William Harnan and a point for Sean Duggan meant Moynalvey ran out comfortable winners on a 7-9 to 0-8 score line.