FL Div 3: Tones back on track 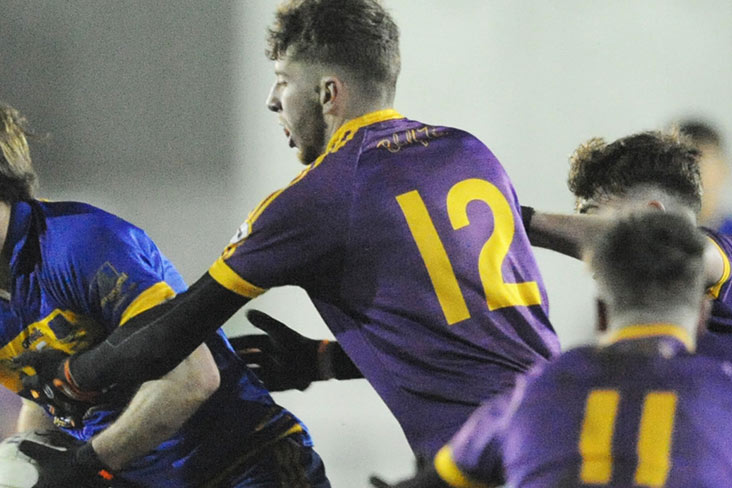 Bhulf Tón playing against a strong breeze were level with visitors Summerhill at half time 0 04 apiece thanks to points from Kyle Moran (2), Aaron Tolan (mark) and Sean Murray, Murray’s a great solo effort as he carried the ball from his own half. Kyle Moran had brought brought a fine save from the Summerhill keeper with the first attack of the game. Tones gradually pulled ahead in the second half but were rocked by a Summerhill goal to leave the teams level 0 09 to 1 06 with just ten minutes remaining. Kyle Moran had just seen his goal attempt come back off the crossbar following a pass from Aaron Tolan. Summerhill threatened to take over but resolute defending kept them at bay before a Kyle Moran point and an Aaron Tolan goal ensured Tones would emerge with a victory.

This win was based on good defence with each of the backs playing their part while Sean Murray lifted the siege with some fine runs out of defence. Gearoid O'Brien and Eoin Donegan were effective in midfield while upfront the scoring honours went to Aaron Tolan who calmly slotted the winning goal when put through one on one with the keeper.

Before the game a minute’s silence was observed as a mark of respect to Kathleen McDermott, mother of Micheál our Senior Football team manager, who passed away on Saturday morning. Ar dheis Dé go raibh a hanam