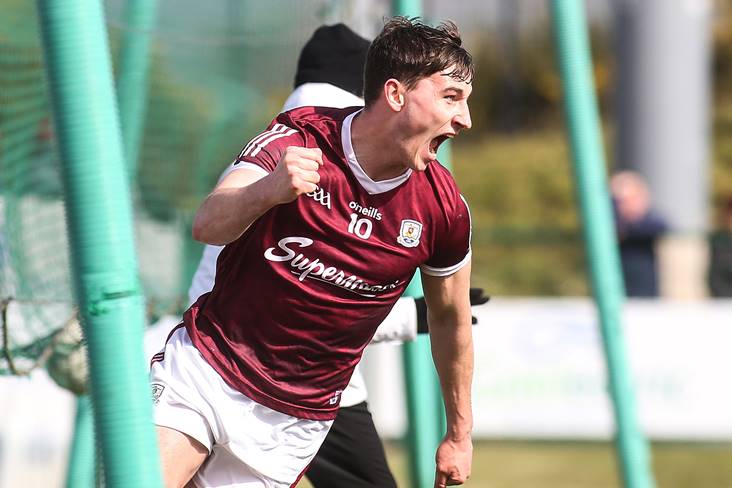 Galway sealed their promotion back to Division 1 of the Allianz Football League with a game to spare following an impressive 4-11 to 0-12 win against 13-man Derry at Owenbeg.

The home side, who were without top marksman Shane McGuigan due to suspension, won the toss and opted to start against the strong wind, a tactic that backfired as the Tribesmen hit them for three first-half goals en route to a sixth straight victory.

Goals from Matthew Tierney, Damien Comer and Dessie Conneely handed Padraic Joyce's charges a comfortable 3-8 to 0-4 half-time advantage and they could afford to lose Paul Conroy to a red card with 10 minutes left on the clock.

They also had substitute Owen Gallagher black carded, while Derry would lose Gareth McKinless to a red card after a second-half melee and then Ciaran McFaul who was sent to the 'bin'.

With the Connacht rivals set to meet in the final round next weekend, Roscommon kept tabs on the leaders with a convincing 2-18 to 0-14 defeat of Offaly at Bord na Mona O'Connor Park.

The Rossies got the job done early despite having late replacement Keith Doyle sent off in the 14th minute as Donie Smith's goal had them firmly in the driving seat by half-time, when they led by 1-12 to 0-7.

The Faithfuls must now turn their attentions to a winner-takes-all relegation scrap against Cork who gave themselves hope of avoiding the drop by beating Down 1-16 to 1-12 at Pairc Ui Chaoimh.

The result confirms Down's relegation, meanwhile, in today's other Division 2 encounter, James Conlon's injury-time point ensured safety for Meath as they came from behind to overcome Clare by 0-10 to 0-9 in Ennis.