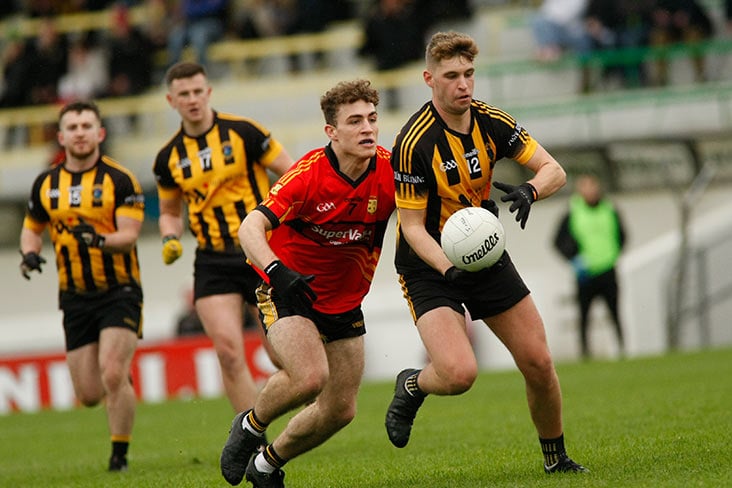 Dunboyne strong start cushioned them against a spirited Dunshaughlin rally that trimmed the deficit to the minimum by the 38th minute.

Two Cian Gallogly points in quick succession left it 2-7 to 1-9 with Dunshaughlin backed by the wind.

Dunboyne led by 3-9 to 1-9 at the second water break as the contest seemed to be flatlining.

Dunshaughlin were thrown a lifeline in the 58th minute when sub Conor Mooney was fouled and Aaron Murphy expertly netted the subsequent penalty.

Dunboyne had the strong squally wind in the first-half and seemed set to dominate after Daragh Nolan and Luke Harte netted around the 11th minute.

It left the team in 'Kilkenny' jerseys 2-2 to 0-0 ahead. Aaron Murphy got Dunshaughlin off the mark and at the first water break it was 2-3 to 0-2.

Dunshaughlin outscored Dunboyne by 0-4 to 0-2 in the second quarter despite playing against the elements and trailed by 0-6 to 2-5 at half-time.

They might have been closer to the eventual winners at the break but Cathal Sheehan's 26th minute effort along the deck skimmed low and wide.

Having been eight points down after eight minutes, overhauling Dunboyne proved just beyond them.