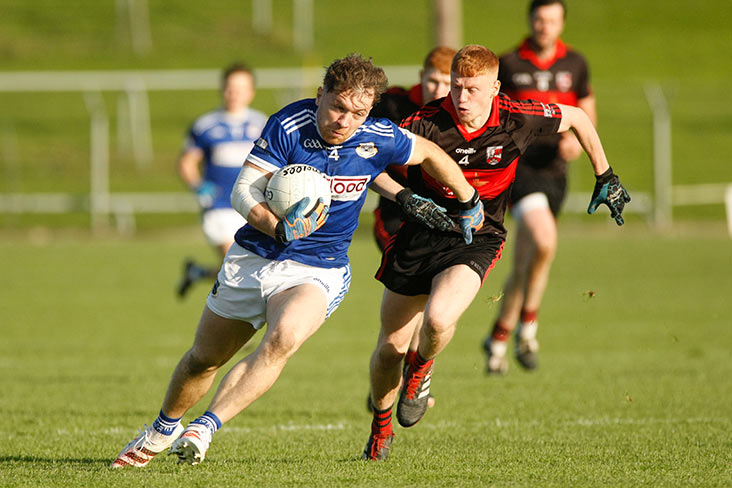 Superior Oldcastle fended off the spirited Rathkenny in the second IFC semi-final at Pairc Tailteann on Bank Holiday Monday.

Oldcastle's date with Trim was achieved with a large dose of resilience. Operating for 10 crucial final quarter minutes with full-back Cian McPartland off on a black card they managed to increase their lead.during his absence ,

Rathkenny were 0-6 to 0-9 in arrears at this juncture, but couldn't capitalise on numerical advantage. They were outscored 0-1 to 0-3 during that phase.

Oldcastle posted just four wides while most of Rathkenny's 10 were chalked up during the second-half. They included some scorable frees.

Rathkenny had three great goal chances, Keith Curtis' first-half penalty while James Macken's had two. A 10th-minute connection with a cross that hit a post. Later his 32nd minute attempt was deflected for a 45.

Oldcastle also coped with the loss of experienced forward Paddy Gilsenan with an injury midway through the second-half.

By the end they had six scorers to Rathkenny's two Garrett O'Reilly managing three from play. Robert Farrelly's first-half score from play was the pick of the bunch.

From the off to the water break the sides shared four scores. The most notable occurance in the opening 20 minutes was in the 10th minute when Keith Curtis' penalty was competently stopped by Oldcastle netminder Patrick Kevin.

The award was made for a foul on the penalty taker with Kevin moving to his left to parry the goal attempt.

Seconds later another goal chance arrived for Rathkenny but James Macken's punched effort from a cross crashed against a post.

The breeze wasn't as pronounced as in the first semi-final, but playing into it Rathkenny adopted a very defensive set-up.

Points from Paddy Gilsenan and CJ Healy either side of Rathkenny's goal chances earned them pole position which they took to half-time.

A Keith Curtis pointed free - in the last act before the water break - left it 0-2-each.

In the next 11 minutes,  Oldcastle sent over five unanswered points to lead by 0-7 to 0-2 at the break.

Rathkenny had the breeze and the occasional sun at their backs thereafter but didn't have the wherewithal to overcome Oldcastle.

Oldcastle had hard-working Patrick Rahill and Colin Hawdon black-carded late on but it had no bearing on the outcome.