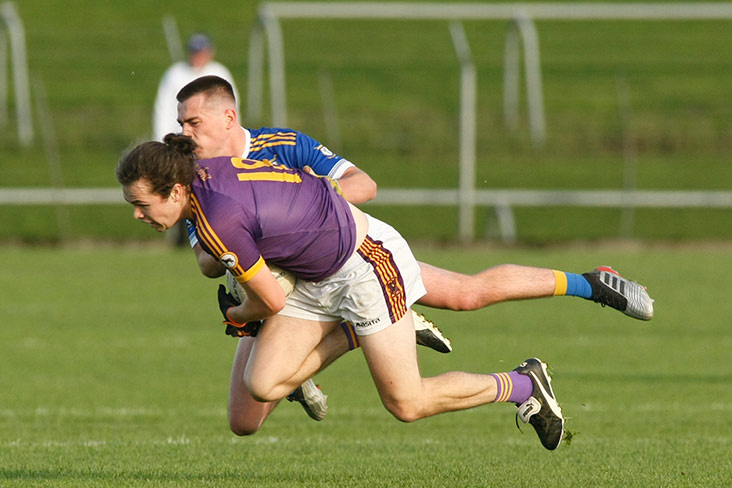 With Cian Ward to the fore an impressive Wolfe Tones dethroned three-in-a-row chasing Ratoath in the SFC semi-final at Pairc Tailteann on Sunday.

This notable 'Tones success owes much to Cian Ward. Aside from five pointed frees his most significant contribution was his work rate that created significant openings for team mates

He spent a lot of the hour behind midfield and brought intelligence to his distribution without having to expend excessive energy.

Wolfe Tones were great value for their win following an energetic performance that fhe three-in-a-row chasers couldn't compete with.

A first SFC final appearance since 2012 is Wolfe Tones reward for this spirited performance.

This relatively low-scoring encounter was of a higher quality that the first semi-final played the previous evening. However, weather conditions were wetter for that game.

They also brought resilience to the game. Playing against the elements, Michael McDermott's men fell behind to Eamonn Wallace's 53rd minute penalty goal that left the board reading 1-7 to 0-9.

Bryan McMahon (free) closed the scoring in the last act of the game. Some of the Ratoath players were aggrieved that more time wasn't allowed.

Wofle Tones were more economical on the ball while Ratoath took the wrong option at times that stymied their attempts to overcome a 0-2 to 0-7 interval deficit.

Ratoath outscored Wolfe Tones by 1-6 to 0-6 in the second-half. But, for the penalty goal they would have been well off the pace.

There will be an interesting clash of styles in the final where physically impressive Dunboyne will try to more mobile 'Tones.

Wolfe Tones opened with trio of points with Oisin Martin getting one from play. Joey Wallace got Ratoath off the mark on 12 minutes. Moments later his side shipped a major blow when he limped off with a hamstring injury.

The first of Thomas O'Reilly two points left it 0-4 to 0-1 at the water break which didn't break Wolfe Tones' momentum. Three points on the spin from Thomas O'Reilly, Cian Ward (free) and Niall O'Reilly doubled their advantage.

A McMahon free wrapped up the first-half scoring while a five-point interval deficit wasn't insurmountable for the defending champions. Within 12 minutes of the restart the gap was down to just two points. Daithi McGowan's pointed free and 45 were the most notable scores in that spell.

However, Ratoath join O'Mahonys and Simonstown in the list of teams who came up short in the last decade when bidding for three SFCs in-a-row.