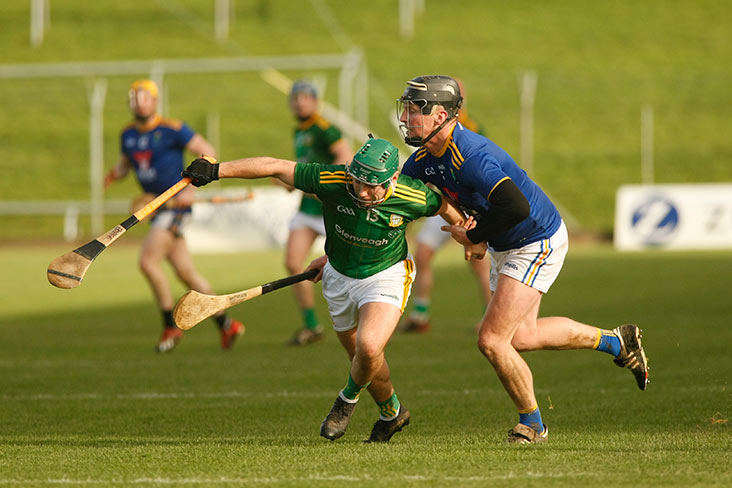 Meath looked a beaten docket when Padraig Doyle goaled for promoted Wicklow in the 54th minute leaving the visitors 3-17 to 2-13 ahead.

Backed by the strong wind blowing towards the town centre, Meath outscored the visitors by 0-11 to 0-1 thereafter despite losing Alan Douglas to a straight red card in the 63rd minute with Meath ahead by one to build on their promising showing away to Offaly seven days earlier.

Meath managed just three third quarter points as they bid to erase a 2-9 to 2-13 interval deficit.

However, Ratoath clubman Padraig O'Hanrahan's accuracy from play and placed balls hauled Meath back into contention.

Eight scores on the spin saw Meath level matters, through sub Peter Slevin in the 63rd minute, 2-20 to 3-17.

A free from his own 65 saw O'Hanrahan saw Meath regain the lead for for time since the 10th minute.

Wicklow's Andy O'Brien completed his tally of 1-9 to tie the teams for the third and final time, in the 66th minute.

Meath secured their first win of the campaign with three late O'Hanrahan points prompting a rapturous applause from the home fans as the teams departed.

Despite playing into a strong wind, Meath struck for the opening goal through Eamon O Donnchadha within 90 seconds of the off.

Moments earlier Meath 'keeper Charlie Ennis saved brilliantly from O'Brien. Meath kept promoted Wicklow in their sights until the 20th when an O'Brien 65 following another fine Ennis stop left it 2-8 to 1-6.

Padraig O'Hanrhan's frees and Jack Regan's well drilled penalty left just the minimum in it, 2-8 to 2-7, by the 28th minute.

Wicklow's positive response saw them outscore Meath by 0-5 to 0-2 over the remainder of the half to lead by 2-13 to 2-9 with their goalkeeper Conor McNally landing a free from inside his own 45.

It took Meath over 20 second-half minutes to eat into the interval deficit. Even though they had the advantage of the elements, the recovery by Nick Weir's men was impresssive.