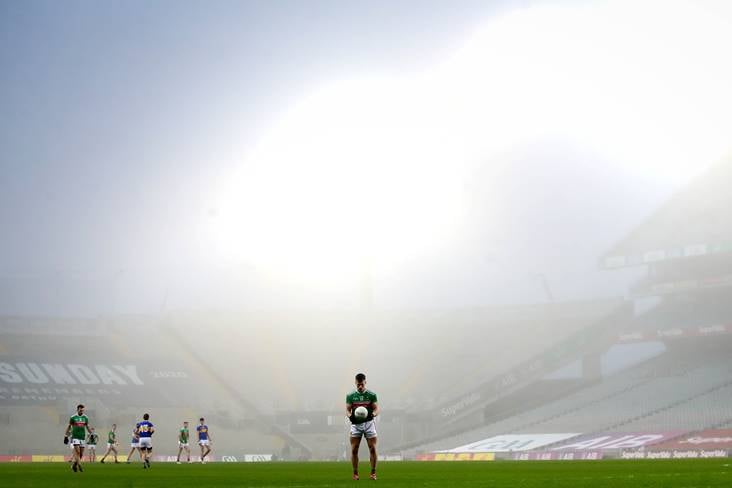 With his remarkable tally of 4-9 against Tipperary, Mayo's Cillian O'Connor has broken the record for the highest individual score in the All-Ireland senior football championship.

The Ballintubber clubman was in inspirational form, hitting 4-3 from play, as James Horan's men cruised past Tipp and through to another All-Ireland final against Dublin on December 19. The 28-year-old surpasses the unique championship scoring record set by Dublin’s Johnny Joyce (5-3 versus Longford) in 1960 and matched by Fermanagh's Rory Gallagher (3-9 versus Monaghan) in 2002.

O'Connor quickly turned his attentions to the Sam Maguire Cup showdown with the All-Ireland champions when speaking to the Sunday Game Live after today's 5-20 to 3-13 win: "We’ve loads of homework to do now, loads of work to do in the next two weeks.

"We have lots to work on, we were disappointed with some aspects of our play. On the whole we won, we’re pleased and we enjoyed the day."