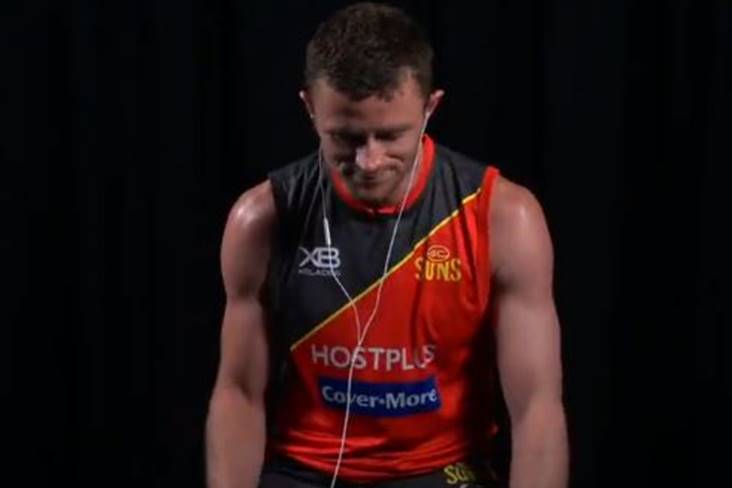 Gold Coast Suns had a surprise for Pearce Hanley ahead of his 150th appearance in the AFL.

Pearce Hanley struggles to hold back the tears as he watches a tribute video put together by his club the Gold Coast Suns ahead of his 150th appearance in the AFL on Sunday.

Pearce's younger brother Cian, who had a stint in the AFL, his former Ballaghaderreen club-mates Andy Moran and David Drake, Laois footballer Colm Begley, who mentored him during his first year in the AFL with the Brisbane Lions, as well as his sisters, parents, grandparents, aunts, uncles and friends all pay tribute to him in the video, which clearly took him by surprise.

"Oh wow, wasn't expecting that... Thanks for organising it," an emotional Hanley - who lost his 16-year-old brother Tommy to cancer in 2017 - said at the end.

The 30-year-old will become only the fifth Irish player to reach the 150-appearance mark when he lines out for the Gold Coast Suns against Adelaide Crows in the early hours of Sunday morning.

Ahead Pearce Hanley's 150th AFL game, we had a surprise for him...