Connacht U20FC final: Mayo turn it on in the second half 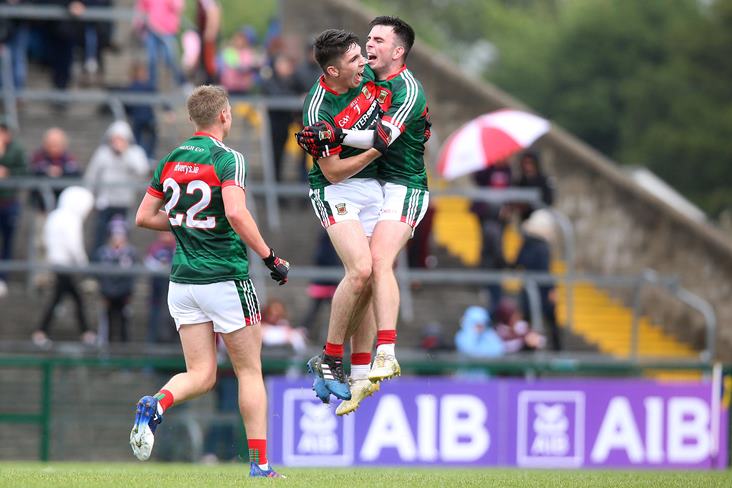 Mayo have been crowned the inaugural Connacht U20 football champions after blitzing Roscommon in the second half of today's final at Dr Hyde Park.

It was all the play for at half-time when Mayo held a slender 1-5 to 1-3 lead, but Michael Solan's charges scored an unanswered 2-4 after the restart to completely deflate their opponents whose misery was compounded by the late dismissals of Damien Duff and Cian McKeon for second bookable offences.

With the wind to their backs, Roscommon led by 1-3 to 0-5 after 21 minutes thanks to three points from McKeon and a goal from Aidan Dowd. But the visitors, who were extremely wasteful in the opening period, replied with a 29th minute goal from a Ryan O'Donoghue penalty after the same player had been fouled to lead at the break.

Mayo had extended their advantage to three points, 1-8 to 1-5, by the end of the third quarter before a Conor Diskin goal broke the Rossies' resistance. Evan O'Brien tagged on a point before Tommy Conroy added a third Mayo goal to add gloss to the scoreline.

Mayo, who also enjoyed a facile win over Leitrim in their only other provincial outing, can now look forward to an All-Ireland sem-final against either Derry or Armagh on the weekend of July 14/15.

Captain Ryan O'Donoghue lifts the trophy. Mayo are U20 champions & are into the All Ireland semi-finals on July 14/15th against the Ulster champions. #mayogaa #gaa pic.twitter.com/GTVaVkiXID