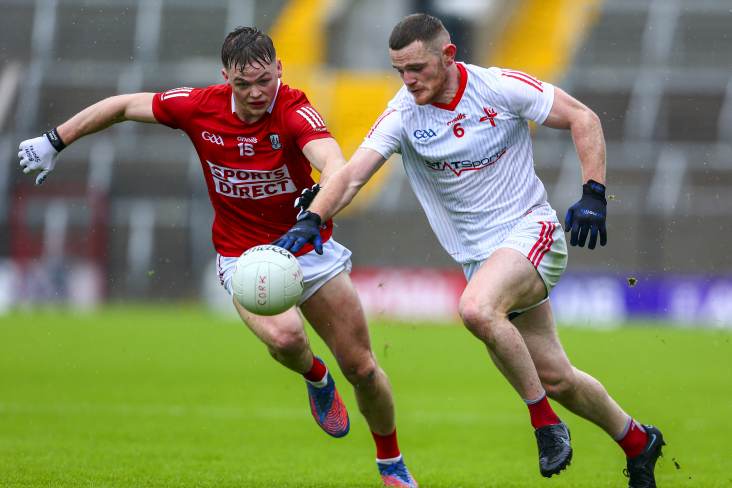 Cork are through to the second round of the All-Ireland senior football championship qualifiers after seeing off Louth by 2-12 to 2-8 this afternoon.

Stephen Sherlock (0-8) and Brian Hurley (1-4) lead the way in the scoring stakes for the Rebels as they brought an end to Mickey Harte’s team’s season at Pairc Ui Chaoimh.

Sherlock and Hurley fired the home side into an early lead before Liam Jackson’s goal in the 16th minute levelled matters for Louth.

The Leesiders edged in front again though and would hold a 0-7 to 1-3 lead at the break and, while Sam Mulroy’s frees kept Harte’s men in the contest for the majority of the second-half, it was late goals that sealed the deal for the hosts.

Hurley raised Cork’s first green flag in the 65th minute after brilliant work from Sean Powter and Colm O’Callaghan would net again in injury-time to seal the victory as Conor Grimes grabbed a consolation goal for Louth late on.

Cork Senior Footballers will play in Round 2 of the All-Ireland Senior Football Championship Qualifiers on next weekend 11th/12th June. Draws for Round 2 Qualifiers take place Monday morning at 8:30am on @morningireland #SportsDirectIreland #BorntoPlay