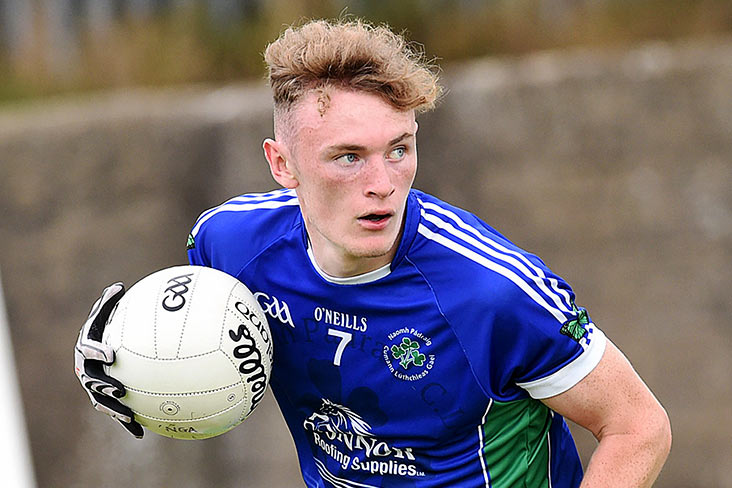 Both St Patricks and Geraldines secured their Senior Championship status for 2022 after coming through their respective play-off games on Saturday night, leaving O’Connells and Dundalk Gaels to battle it out for survival.

St Patricks faced O’Connells in Darver and although the Bellingham side took the lead through Jackie Agnew, it was the Lordship men who dominated the remainder of the game before emerging with a 1-13 to 0-5 win.

Three points from Jason Woods helped the Pats take control and with Paddy Keenan, Leonard Gray, Darren O’Hanlon, Aidan McCann, Ciaran Murphy and Danny O’Connor all on the mark, their side had a commanding 0-9 to 0-4 lead at the break. Agnew added three further points to his tally at the other end.

In a low-scoring second half the Pats rarely looked in any danger of surrendering their control of the game, with David Hoey accounting for the O’Connells only score of the half.

The Lordship men made sure of a deserved victory when Cathal Grogan scored the only goal of the game while Eoin O’Connor and Jack Murphy added late points.

Meanwhile, Geraldines put a difficult few weeks behind them when they came out on top by 1-9 to 0-10 against Dundalk Gaels at Clan na Gael Park.

The Haggardstown side were looking good when they went into the break with a six point advantage but had to withstand a strong second half performance from the Gaels before coming out on top by two points.

The group stages of the championship saw the Gers suffer heavy defeats but they found their rhythm in the first half of this encounter with a goal from Fearghal McDonald helping them to lead by 1-6 to 0-3 at the break.

The Gaels rallied in the second half and led by the scoring of Dylan McKeown, who finished  with five points to his credit, they battled their way back into the game.

However, in the end the Geraldines did enough to hold out for the win that will see them in the draw for next season’s Joe Ward.