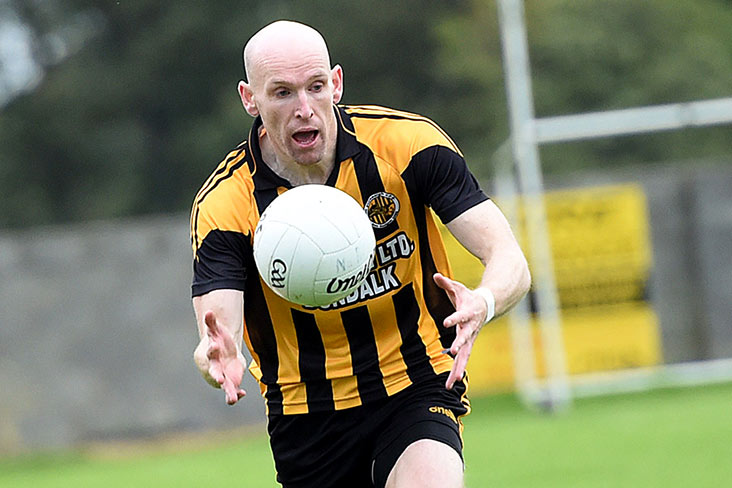 Na Piarsaigh withstood an impressive second half comeback from Stabannon before booking their place in the last four of the Junior Championship.

The Rock Road side were on top for much of the game but needed a late goal from Eamonn McAuley to see off the a determined Parnells side in the quarter-final at Darver on Friday night on a 2-11 to 2-7 scoreline.

The Mid Louth side were first off the mark through a Harry Butterly free but after Robert Murphy levelled, it was Na Piarsaigh who took control. McAuley and Ciaran Murphy were also on target before Begley scored the first goal of the game on 20 minutes to see his team lead by 1-6 to 0-3 at the break.

It was looking comfortable for the Dundalk side when David Boyle stretched the advantage to 1-8 to 0-3. However, Butterly took centre stage as he kicked 1-4 without reply to haul his team back into contention before Robert Callaghan cut the gap to just one point.

However, Begley settled his side from a free before McAuley’s goal with seven minutes remaining helped his side come out on top by four points, despite John Campbell scoring a late goal for Stabannon.

Glen Emmets lived up their favourites tag with a strong final quarter to advance to the semi-finals against a spirited St Nicholas team on a 0-18 to 0-8 scoreline.

In a tense first half, it was the Nicks who started the better with the aid of a strong wind in the Gaelic Grounds. Jimmy Murray with two from play and a Paudi Downey point had the Nicks up 0-3 to 0-2 at the first water break with Ronan Grufferty replying for the Emmets.

James Butler added another for the Tullyallen side but scores from Sam Reilly and Philip Kirwan had the Nicks leading by 0-5 to 0-3 at the break.

After a number of changes for the Tullyallen men and the aid of the wind in the second half, the Emmets took the lead to 0-10 to 0-7 at the water break.

Although Murray added two points to the Nicks tally, the Emmets dominated the closing stages and points from Butler, Keith Lynch and Keelan O’Neill saw their side come out on top.

Glyde Rangers caused the surprise of the weekend when they defeated Lannleire to make it through to the Junior Championship semi-finals on a scoreline of 1-8 to 0-7 at Hunterstown on Sunday afternoon.

The Tallanstown side had been less than impressive in their final group match when they drew with Nh Malachi to book their place in the knock-out stages.

However, they raised their performance considerably and a goal from Brian Duffy ultimately proved the difference.

It was Glyde who had the advantage of the wind in the first half and they got on the front foot from the opening whistle. Duffy’s goal arrived in the 12th minute and helped his side take a 1-5 to 0-2 lead into the break.

As expected, it was Lannleire who had the better of the second half and substitute Paul Callan led the charge in terms of scoring. However, some disciplined defending from Glyde ensured that their name made it into the draw for the semi-finals.

Trevor O’Brien, Aaron Devlin, Ciaran Sheridan and Conor Sheridan were also on target for the winners.

The remaining quarter-final between John Mitchels and Cuchulainn Gaels was postponed due to a bereavement and will be played on Wednesday night.