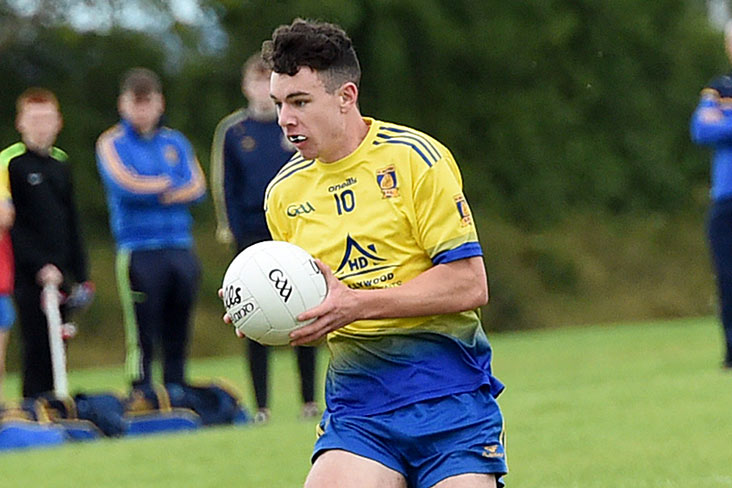 St Mochtas came out on top in another thrilling Group A encounter as they edged out St Patricks by 1-16 to 1-14 at Clan na Gael Park on Sunday afternoon to book their place in the quarter-finals, and leave St Patricks facing the relegation play-offs.

The two previous games in this section were full of entertainment and this proved no different as late scores from Declan Byrne and Craig Lennon sent the Louth Village side through along with St Marys.

The game was played at a high intensity from the off with the teams trading scores throughout the first half. Declan Byrne and Ciaran Byrne were on target for the Mochtas with Matthew Pagni and Jack Murphy among those replying for the Pats.

However, just before the break Craig Lennon got in for the first goal of the game to give his side a 1-8 to 1-7 lead at the break.

The Pats, who had the wind in the second half, struck back straight after the restart with a Jason Woods goal. The game was in the balance right to the end and it looked as if Pats had secured the draw they needed when Paddy Keenan landed a free.

That wasn’t the end of the drama as Byrne and Lennon landed late scores to secure the victory.

The Joes came out on top against Dundalk Gaels by 2-10 to 0-10 in a winner takes all contest in the Grove on Sunday afternoon taking them through to the quarter final.

Second half goals from Oisin McGuinness and Craig Doherty made the difference as the Cluskey Park side prevailed, leaving the Gaels to contest the relegation play-off.

The Joes, aided by a strong wind had the better of the game in the first half with points coming from Conall Smyth, Alan McKenna and McGuinness. However, the Gaels fought back in the second quarter with the help of Dylan McKeown scores to cut the gap at the break to 0-6 to 0-5.

Ger McSorley and Derek Crilly helped edge the Dundalk men in front early in the second half but the Joes regained control through Doherty’s goal before McGuinness settled the issue with a second three-pointer.

Nh Mairtin sent out a message to their Senior Championship rivals with a 4-16 to 0-4 demolition of the Geraldines at Dunleer in Group C on Sunday afternoon.

The result means that Dreadnots will also make the quarter-final from the group, while the Gers will now have to negotiate the relegations play-offs if they are to contest the senior championship next season.

From the early stages there was little doubt about the outcome of the game as the defending champions dominated from the opening whistle. Points from Stephen Campbell, Sean Healy and Conor Morgan helped them put the first 12 points on the board before Sam Mulroy’s injury time goal sent his team in with a 1-12 to no score lead.

The Gers finally got off the mark early in the second half but it proved to be another difficult half as the Mairtins continued to show their class. John Clutterbuck scored the second goal on 45 minutes and inside two minutes Conor Whelan added a brace to put the icing on the cake for the Monasterboice outfit.

St Brides were the last team to qualify for the Senior Championship quarter-finals when they recorded a comfortable 1-14 to 0-7 win over O’Connells in Stabannon on Sunday evening.

The Knockbridge outfit made a slow start but once they found their rhythm the result was never in doubt with Paddy Reilly scoring the only goal from a penalty.

O’Connells made a bright start to the game and kicked the opening four points inside seven minutes but the Brides hit back with two points before Reilly slotted home a penalty at the start of the second quarter.

The Brides never looked back after that and were leading by 1-8 to 0-6 before going on to complete a comfortable win.