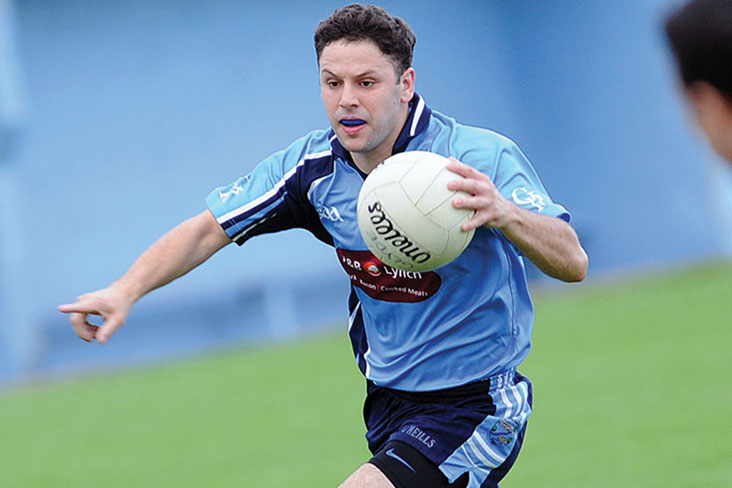 Glyde Rangers turned in their best performance of the season so far as they claimed a 1-20 to 0-9 victory over Stabannon Parnells in Group A.

The clash in Darver on Friday night saw the Tallanstown men get their campaign off to a winning start with Trevor O’Brien scoring the only goal of the game to help his side come out on top.

Following their victory over Nh Malachi in the opening round, Stabannon were hoping to book their place in the quarter-finals. However, Glyde were on top from the outset at the break were leading by 0-9 to 0-3.

Stabannon will be hoping to book their place in the last eight when they take on Nh Malachi in their final outing.

John Mitchels are favourites to advance from Group B as they produced a strong second half display to defeat St Nicholas by 2-10 to 0-4 at the Point Road on Friday night.

The Ardee men started brightest, taking a three point lead before Jimmy Murray pulled one back for the Nicks. Benner Maguire and Pauidi Downey added two more for the Nicks but these were cancelled out by two John Gallagher frees converted by the Mitchels. A late Brian Carter point had the gap reduced to 0-6 to 0-4 at half time.

The second half was all John Mitchels, as goals from John Bingham and Andrew Bingham saw them come out on top.

The Nicks can still qualify for the knock-out stages if the Westerns fail to win against the Mitchels in the final game of the group.

Lannleire and Glen Emmets advanced to the knock-out stages from Group C after both recorded their second successive victories.

After defeating Annaghminnon Rovers by 1-17 to 1-8 on Monday night, Glen Emmets followed up by scoring a 3-14 to 0-8 win over Wolfe Tones at the Gaelic Grounds on Sunday afternoon.

Conor Grimes, who finished with 1-5 to his name, got is side off to the perfect start when he opened the scoring on eight minutes with the first goal of the game. Robbie Byrne, Ronan Grufferty and Cathal Maguire were on target as the Tullyallen side built up a 1-7 to 0-5 lead at the break.

However, the second half saw the Emmets pick up the pace and goals from James Butler and Keelan O’Neill inside the opening six minutes put the result beyond doubt.

Meanwhile, Lannleire also made it two wins out of two when they were 3-15 to 0-6 winners over Annghminnon Rovers, having defeated Wolfe Tones by 1-14 to 0-9 on Monday night.

A goal from Peter Fortune on 18 minutes saw Lannleire take control and despite having Andrew Dowd sent off, they went in at the break leading by 1-7 to 0-3.

Alan Murphy added a second goal from a penalty on 40 minutes to put the game beyond any doubt and Conal Maher added a third in the closing stages. Dwayne Markey and Richie Ashfield top scored for Annaghminnon with two points apiece.