SFC: Dreadnot start with a win 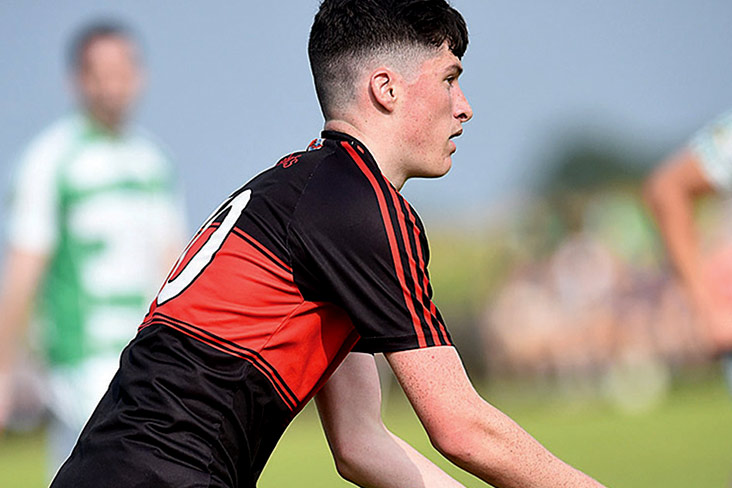 Dreadnots made a winning start to their Senior Championship Group D campaign when they brushed aside the challenge of the Geraldines on Sunday afternoon at Dunleer.

Jay Hughes was the start of the show as he landed a total of eleven points, including his side’s opening six scores, as the Clogherhead men eased to victory against an out of sorts Gers outfit.

In what was for the most part a miserable afternoon, the only bright spot for the McGeough Park team, who finished with 13 players, came in the form of two late goals that put some gloss on the scoreline.

The signs were ominous for the Gers from the opening exchanges as the Dreadnots got on top from the first whistle. Hughes was leading the way as he landed six points, with Shane Rogers managing the only reply for the Gers in that spell.

It got worse for the green-and-whites as they lost Josh Arrowsmith to a second yellow card and the Clogher men went into the break with a 0-8 to 0-3 lead.

Any slim hopes of a comeback were dashed in the early stages of the second half as the Dreadnots scored the first five points through Hughes (3) and Peter Kirwan to lead by 0-13 to 0-3.

The game was effectively beyond the Gers at that stage and the teams traded scores in the final quarter before James Craven was dismissed for a second yellow.

Although Ciaran Cunnigham saved a Shane O’Hanlon penalty, the Gers did find the net in the dying moments through Ben Mooney and O’Hanlon but it was too little too late as the Dreadnots ran out comfortable winners.