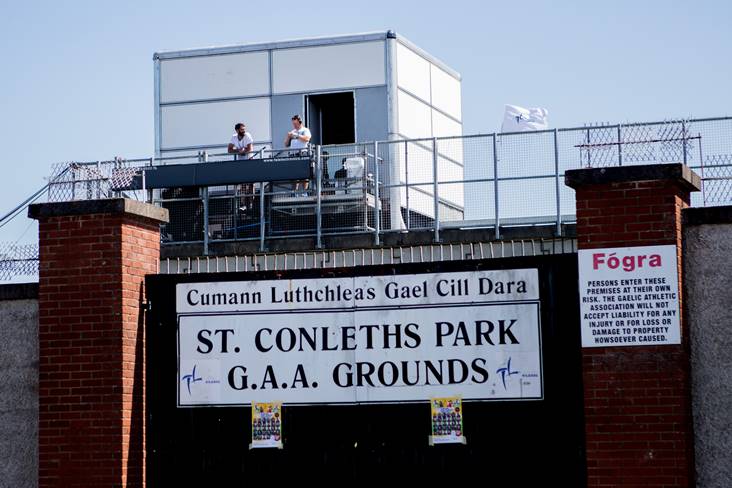 6/1 underdogs Westmeath produced a stirring finish to clinch a memorable 1-15 to 1-13 victory over Kildare in the Leinster U20FC at Newbridge this evening.

The Lilywhites took a narrow 0-7 to 0-6 lead into the half-time interval and when Neil Aherne goaled in the 53rd minute to push them 1-12 to 0-12 ahead it looked as if they would justify their pre-match favouritism. But the Lake County refused to lie down and proceeded to rip up the script, inspired by a goal by Ben McGauran (1-10) three minutes from the end.

Elsewhere, at Haggardstown, there was confusion about the full-time score between Louth and Longford before referee Shay Farrelly overruled the scoreboard, which showed the game had finished in a draw. However, the result recorded by the referee and the journalists in the press box was different, as Longford won by a point, 4-11 to 3-13.

Final score - Controversy here in Louth. We in the press box had Longford winning by 1 pt. The scoreboard had a draw when it was clear Longford won. Louth think it's extra-time.

Result - It's official Longford won by one point 4-11 to 3-13. The scoreboard had everyone baffled but all the press and both official twitter accounts had the same score.

In the other first round clashes, Wicklow performed a smash and grab in Aughrim, hitting 1-1 late on, to send Laois packing on a 2-11 to 2-8 scoreline while David Murphy's Wexford came away from Netwatch Cullen Park with a deserved 2-9 to 0-9 success against Carlow.