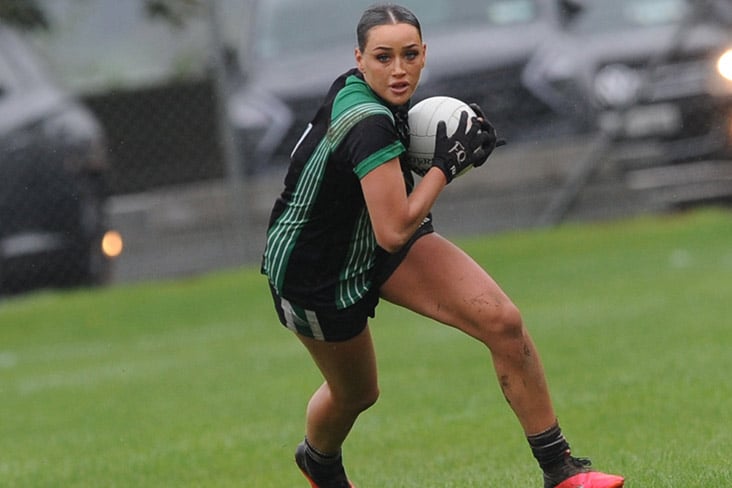 Having scraped through their respective quarter finals, Eadestown will host Tinahely from 1pm with the winner progressing to this year’s Senior Club Final. Tara Bedford was the hero for Eadestown as she got the winner late in the game to defeat Portlaoise in their quarter final. Laura Hogan hit 0-6 for Tinahely on Sunday and they will need another big performance from the Wicklow star to get over the line on Sunday.

After dethroning reigning champions, Dunboyne, at the weekend, Kilmacud Crokes now hit the road to Ferbane GAA where Offaly champions, Naomh Ciarán, will be ready for battle. That gets underway at 2pm.

There are also four intriguing Intermediate quarter finals down for decision on Sunday. Last year’s Leinster Intermediate beaten finalists, Longford Slashers, will look to go one better this year. However, a tricky assignment at home to Old Leighlin stands in their way this weekend. The Carlow champions defeated Killucan by a single point last time out and will relish a battle against the talented Longford side.

After a tremendous win at home last time out, Tinahely’s Intermediate team take on near neighbours Shelmalier in Hollymount at 4pm. Rachel Byrne hit 3-6 last time out while Aobha Gorman also chipped in with two goals as the Wicklow side defeated Ballinamere Durrow.

Kildare champions Kilcullen enter Leinster Championship foray when they host Meath champions Skryne. Skryne were last year’s Meath Junior A Champions and their progress through the Intermediate Championship in the Royal County this year makes them one to watch.

In the final quarter final, Louth champions Cooley Kickhams will welcome Castleknock to Fr. McEvoy Park as they do battle from 2pm for a place in the last four.

A reminder that admission to all games is by ticket only.