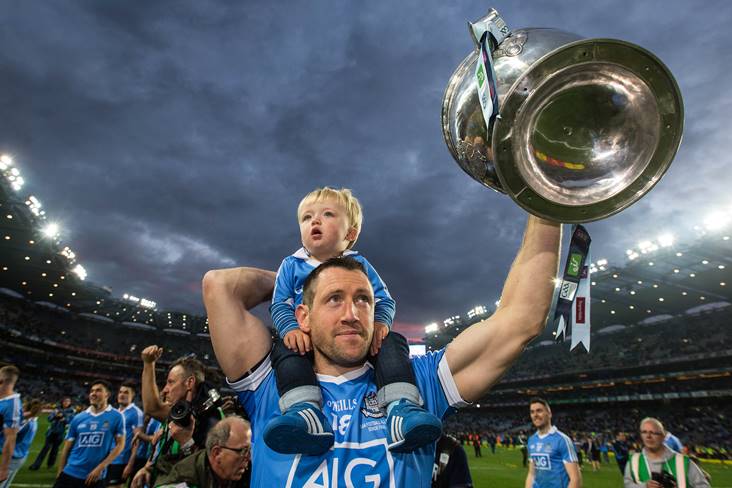 Dublin's Denis Bastick and his son Aiden celebrate with the Sam Maguire Cup in 2017. ©INPHO/Cathal Noonan.

The Co. Cavan venue will stage the Dr Mick Loftus Cup decider between Tyrone and Dublin at 4pm. The final is a repeat of last year’s decider which Tyrone won. It will be preceded by the Plate final between Cavan and Mayo at 1.30pm.

The Challenge Cup final between Leitrim/Longford and London has been fixed for this Saturday at 1.30pm in Collooney, Co. Sligo. A time and venue for the Shield final between Galway and Donegal has yet to be confirmed.