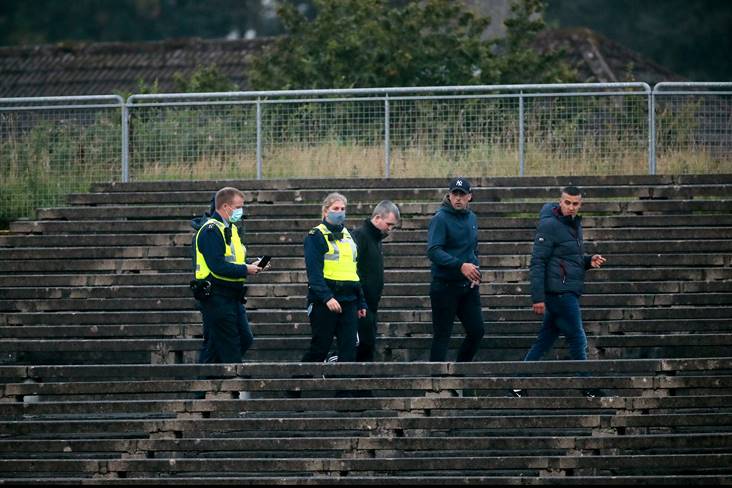 Members of the Gardaí escort supporters out of MacHale Park. ©INPHO/James Crombie.

A picture has emerged showing three supporters being thrown out of yesterday's Mayo SFC semi-final.

The image which was captured by INPHO's James Crombie shows the supporters being escorted out of MacHale Park by Gardaí before throw-in of the Breaffy versus Westport clash.

It has provoked an angry reaction on social media with one Facebook user saying: "What an absolute joke. A few lads wanting to watch a game of football in a stadium that can hold in excess of 30,000."

GAA fans have been temporarily banned from attending matches in the Republic of Ireland since August 18 in an effort to prevent further spread of Covid-19.