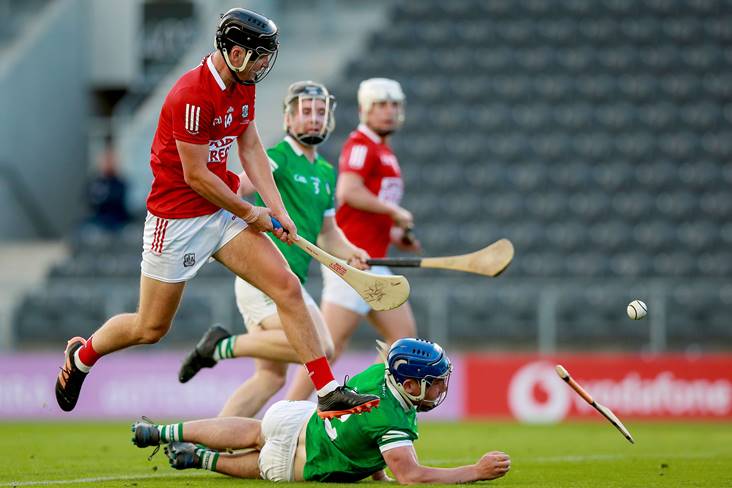 Cork withstood a late comeback from Limerick to be crowned Munster U20 hurling champions for the second successive season.

The Rebels needed a string of injury-time points by Padraig Power, Darragh Flynn, man-of-the-match with 0-12, and substitute Ben Cunningham to record a 1-26 to 1-24 win at the end of an entertaining contest at Pairc Ui Chaoimh this evening.

Trailing 1-23 to 0-20 with seven minutes of normal time remaining, Limerick threw everything at it, Diarmuid Hegarty's firing a goal in the 54th minute before Cathal O’Neill sent over three points to draw the sides level and set up a grandstand finish.

O'Neill was the Treaty County's scorer in chief, with a tally of 0-16 (15 frees), nine of which came in the opening half as they recovered from the concession of an early goal from full-forward Power to lead 0-11 to 1-5 on 20 minutes.

Though Pat Ryan's side outscored their opponents 0-8 to 0-3 over the remainder of the half to take the initiative at the interval, 1-13 to 0-14.

They remained in the ascendancy for the majority of the second period until Limerick rallied the closing stages.