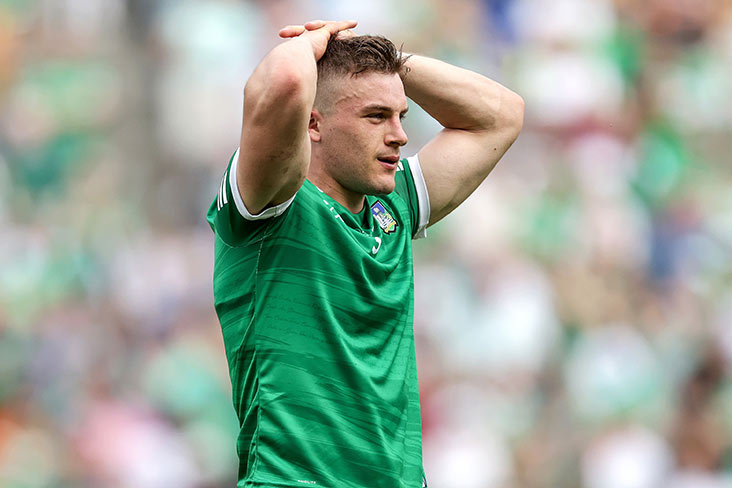 Fears that Mike Casey may have suffered another cruciate knee ligament injury have been allayed.

There were concerns for the All-Ireland winning defender after he injured his right knee in the closing stages of Na Piarsaigh's Munster club SHC semi-final defeat to Ballygunner last Sunday week, but the results of a MRI scan have shown the injury not to be serious, which will come as a huge relief to Limerick manager John Kiely as he sets his sights on a four-in-a-row of Liam MacCarthy Cups.

Casey previously ruptured his cruciate during a challenge match against Galway in October 2020 which forced him to miss that year’s Covid-delayed championship that culminated in Limerick defeating Waterford in the All-Ireland final.

He suffered further knee damage which necessitated two more operations in July 2021 and December 2021 before making a return this year and playing a key part in the Treaty County’s third All-Ireland triumph on the trot.