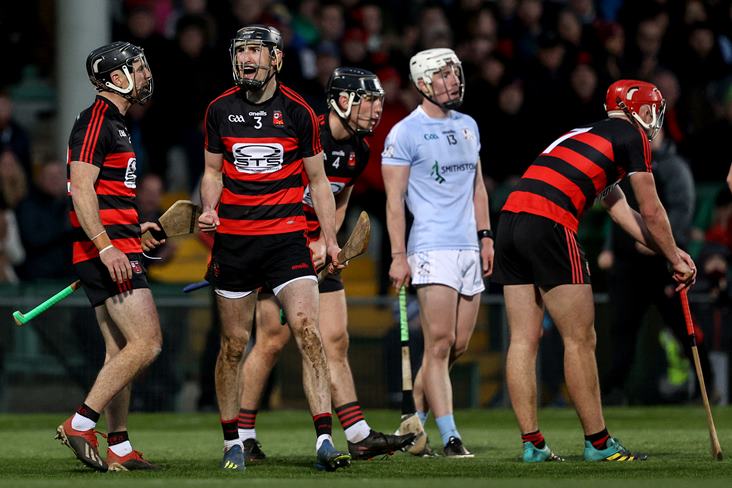 Reigning All-Ireland champions Ballygunner produced a superb second-half display to down Na Piarsaigh by 2-20 to 2-15 and book their place into a fifth successive Munster club SHC final.

Trailing by 1-9 to 2-11 at half-time, Darragh O'Sullivan's charges never looked back after Patrick Fitzgerald's 38th minute goal and a flurry of points from man-of-the-match Pauric Mahony drew them level in a titanic battle.

Despite playing against the breeze at the TUS Gaelic Grounds, Na Piarsaigh made all the early running this evening to lead 0-6 to 0-2 on 12 minutes, with William Henn and Peter Casey on target.

A Dessie Hutchinson goal sparked Ballygunner into life after the Waterford star capitalised on an error in the opposition's defence, only for Keith Dempsey to reply in kind at the other end.

Na Piarsaigh were now back in front and Conor Boylan raised their second green flag four minutes from the short whistle to put five between the sides.

The holders upped their game once more on the restart as Mahony, who finished with 0-13, including seven from play, grew in prominence.

Remarkably, Ballygunner outscored the Limerick standard bearers 1-11 to 0-4 in the second period, with Conor Sheahan and Ronan Power also helping O'Sullivan's men close out the contest.